The sets include iconic performances and introductions

The Rock and Roll Hall of Fame has set and April 24th release date for Rock and Roll Hall of Fame: In Concert for Blu-ray and DVD. The two Blu-ray and four DVD sets will contain 53 live performances from the induction ceremonies from 2010-2017, and will also feature introduction and acceptance speeches. The sets will also include the ceremony-ending jams that bring multiple nominees and presenters together to complete the night.

“From the first induction ceremony in 1986, the Rock and Roll Hall of Fame has sought to honor the top names in all genres of rock ’n’ roll,” states Joel Peresman, president of the Rock and Roll Hall of Fame Foundation. “These ceremonies have provided unique once-in-a-lifetime moments as the inductees and presenters come together to celebrate the legacy of these artists and it’s a privilege to produce this important part of music history and to share it with you!”

The Rock Hall will also release five Rock and Roll Hall Of Fame: In Concert digital albums the same day that will cover two ceremonies each. Each one will include bonus performances by Alice Cooper, Donovan, Dr. John, Heart, the Hollies, Darlene Love, Leon Russell, the Stooges, Tom Waits, the Small Faces/Faces, Red Hot Chili Peppers and more.

This year, Bon Jovi, The Cars, The Moody Blues, Dire Straits, Nina Simone and Sister Rosetta Tharpe will be inducted. The ceremony takes place in Cleveland on April 14th. The 33rd annual induction ceremony will be broadcast on SiriusXM as well as HBO. 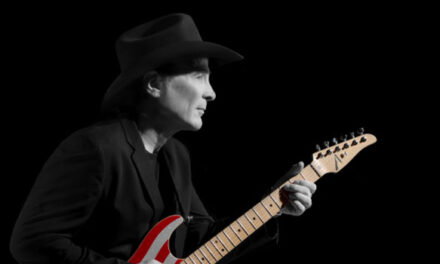