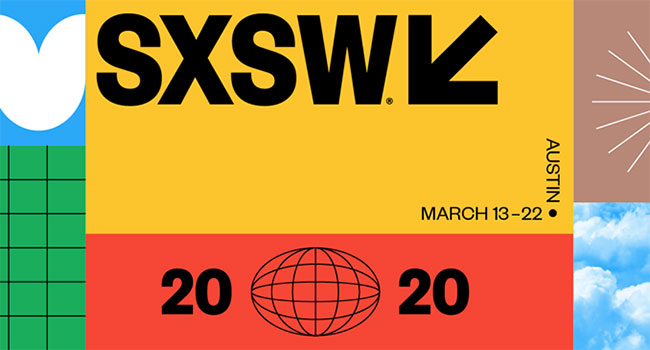 50 Cent will be among the Featured Sessions at annual event

South by Southwest (SXSW) Conference and Festivals has announced additional Keynote and Featured Speakers for the 34th edition of its annual Conference, which celebrates the convergence of technology, film, and music industries. Keynotes announced include songwriter, musician and founding member and the creative force behind Pink Floyd, Roger Waters, and director, producer and writer Erin Lee Carr.

Roger Waters composed Pink Floyd’s multi-platinum albums, including The Dark Side of the Moon, Wish You Were Here, Animals and The Wall. He has toured extensively, and with The Wall became the most successful touring solo artist ever. Waters produced, co-directed and co-wrote Roger Waters: The Wall, an intensely personal road trip that deals with the loss that he has felt throughout his life due to war. In Amsterdam, June 2018, Waters filmed his Us + Them live show. Us + Them is a story of human rights, liberty and love.

Erin Lee Carr’s projects include the USA gymnastics scandal documentary At the Heart of Gold, and SXSW Film Festival premiere I Love You: Now Die, on the Michelle Carter murder-by-texting trial, both made for HBO. Carr is also the author of the memoir All That You Leave Behind.

“Roger Waters is a true creative visionary, and we’re pleased to have him participate for 2020,” states Hugh Forrest, Chief Programming Officer. “SXSW continues to be a unique destination for innovation and discovery, and we’re excited about the addition of the many groundbreaking pioneers, influential voices and business leaders that we’ve added to this year’s lineup.”

“We are thrilled to announce Erin Lee Carr as SXSW’s first Film Keynote for 2020 because we love her work and contributions to the documentary form,” shares Janet Pierson, Director of Film. “With four feature documentaries, two of which we were privileged to world premiere, she’s established herself as an extraordinary filmmaker, able to create compelling cinematic work out of provocative subjects that don’t easily lend themselves to film.”

The SXSW Conference is organized into 22 programming tracks, covering Interactive, Film, Music, and Convergence topics and presented in a variety of session formats.

SXSW dedicates itself to helping creative people achieve their goals. Founded in 1987 in Austin, Texas, SXSW is best known for its conference and festivals that celebrate the convergence of the interactive, film, and music industries. An essential destination for global professionals, the event features sessions, showcases, screenings, exhibitions, and a variety of networking opportunities. SXSW proves that the most unexpected discoveries happen when diverse topics and people come together. SXSW 2020 will take place March 13 – 22, 2020.