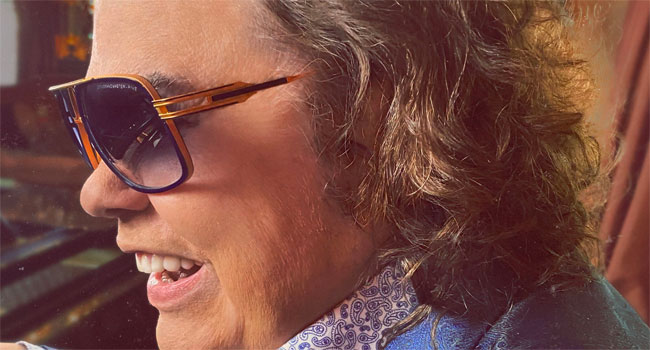 Teaming with longtime co-producer Rob Galbraith, the pair sought to celebrate the genre-blurring kind of country that led him to an unprecedented four CMA Album of the Year Awards, as well as the coveted CMA Entertainer of the Year. Drawing on some much-loved songs that hadn’t fit prior projects, the pair built an homage to the 70s/80s/90s country Milsap defined.

Mike Reid (“Stranger In My House,” “I Can’t Make You Love Me”), Gary Nicholson (“One More Last Chance,” “The Trouble With The Truth”), Al Anderson (“All You Ever Do Is Bring Me Down,” “The Cowboy In Me”), Jim Weatherly (“Midnight Train To Georgia,” “Best Thing To Ever Happen To Me”), Brent Maher (“Why Not Me,” “Lesson In Leavin’”), Allen Shamblin (“The House That Built Me,” “Life’s A Dance”), and David Ball (“Drinkin’ Problem”) provide the top shelf songs people have come to expect from the legendary musician.

“I have been blessed to work with some of the very best songwriters in the world,” Milsap reflects. “Over the years, they’ve kept bringing me unbelievable songs, and in some cases, they’ve let me hang onto them because I loved them so much. When Rob and I started this project a few years ago, we decided some of those songs were so special… We wanted to build this album around them, so they wouldn’t be treasures only Joycee and I could hear.

“We got to go back to Ronnie’s Place, the studio I built all those years ago, just dig in and cut them – and some songs that have the same kind of heart, the soul and that joy that I’ve always loved. You know, even a sad song when you do it sad enough’ll make you feel better.”

Along the way, Milsap received a special package from Carl Perkins’ widow. “Big Bertha” was the last song the Rock & Roll Hall of Famer had written. She’d sent it to Milsap thinking he’d do it right. Not only did the Academy of Country Music Pioneer Award winner bring his signature slow burning blues to the song, he enlisted Vince Gill for the quick-hitting, fiddle-punctuated country portion of the paean to more than a woman, but a driver.

“Singing a song about a golf club without Vince Gill just didn’t feel right,” Milsap laughs. “And he was able to bring that thing he does like nobody else to Carl’s song. Somewhere I think he’s smiling.”

As a further homage to his longtime musical compatriots, Milsap includes “Civil War,” recorded live at Atlanta’s Chastain Park in 1993. Capturing his longtime touring band in their prime, the Cindy Richardson/Carol Chase song weaves Southern gospel into a song of marital dissolution – and demonstrates the vocal dynamics, keyboard stylings and drama onstage.

“Music makes the world a better place,” Milsap says. “Love songs may not change everything, but they sure speak to the heart, give people joy and maybe starting there in these crazy times is a good thing.”