Two weeks ahead of its release, singer/songwriter and actress Sabrina Carpenter has revealed additional details surrounding her third studio album Singular: Act I, due out November 9th on Hollywood Records, including the record’s artwork and track listing. Singular: Act I is available now for digital pre-order and will include an instant download of the song “Paris.” The album will be available on CD exclusively at Target.

Carpenter first revealed the album’s release date during a dramatic performance of the record’s lead single “Almost Love” on The Late Late Show with James Corden earlier this month. The theatrical performance began as a stark affair, with Carpenter clad in all-white among Roman columns and statues. By the end of the song, the set was splattered with neon paint from disembodied hands – its final mark provided by Carpenter herself as she scrawled “November 9” on the walls. Singular: Act II will be released in 2019.

To celebrate the release of Singular: Act I, Carpenter will perform the album’s second single, “Sue Me” on Live with Kelly and Ryan and The Today Show on November 9th.

Carpenter is on the edge of a new beginning with this album, which has been more than two years in the making for the rising pop powerhouse. This marks her third record in a three-year span since her debut album, and she has grown considerably as an artist and writer between each release – something that especially shines through on Singular: Act I.

“I’m beginning in a different place than I was before,” says Carpenter of the record. Carpenter approached Singular: Act I a little bit older and a little bit wiser than she was when she began writing songs for her first album. She opted to push herself out of her comfort zone in order to be heard, flaunting the confidence of someone who has entered young adulthood and found their own voice. That sense of empowerment is weaved throughout Singular: Act I – a set of eight sonic epiphanies (all of which she co-wrote) blending Carpenter’s R&B-style vocals with the pop sensibility she helmed on her sophomore record EVOLution. 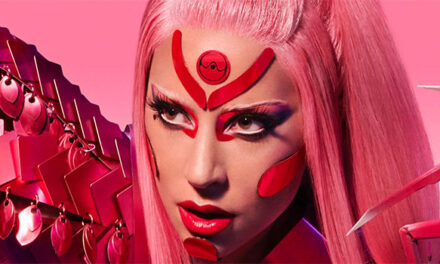