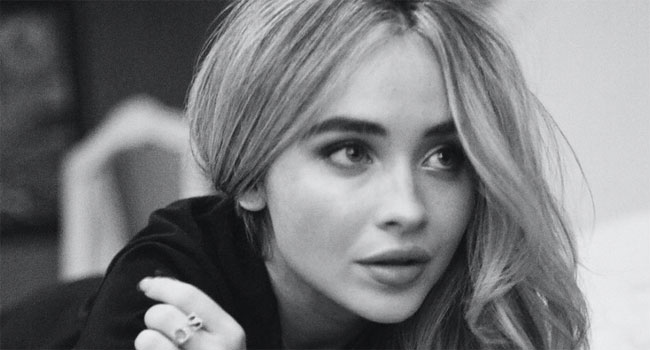 Singer/songwriter/actress Sabrina Carpenter, who recently announced signing with Island Records with her largest single launch to date, has released her new video for “Skin.” The emotional video directed by Jason Lester features Carpenter in a dreamlike, retro themed, romantic setting.

“Skin” quickly went viral, garnering over 30 million streams, 10 million in the first 48 hours, hitting Top 5 USA Debut on Spotify at No. 4, Top 5 iTunes Pop Genre, Top 10 iTunes Overall, Top 3 Apple Music Pop, Top 15 Apple Music Overall, and Top 35 on the Spotify Global Chart. It is also her first single to debut on the Billboard Hot 100. The track also received immediate support on radio spinning at Z100, Sirius Hits, and made its debut on the The Vibe iHeart syndicated show.

“Skin” instantly took the internet by storm, trending No. 1 on Twitter worldwide and hit No. 1 on both the Genius Artist Chart and Song Chart and as well as trending at No. 7 on YouTube. The track was also met by high praise from the likes of Billboard, Variety, People, USA Today, E!, Cosmo, Bustle, and many more.