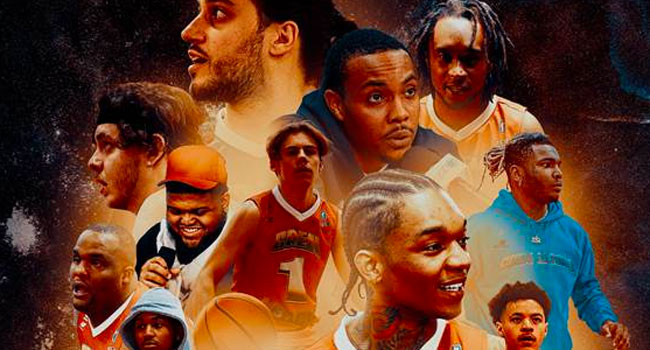 Sean “Diddy” Combs’ REVOLT TV has announced the premiere of The Crew League, a first-of-its-kind, unscripted basketball competition series where celebrities and their “crews” will go head-to-head against each other in a competitive sports showcase for two things: bragging rights and a grand prize.

The first season kicks off Friday, February 19th and features the top names in hip hop, such as Swae Lee, Jack Harlow, Russ, Lil Mosey, Lil Keed, G Herbo, The Kid LAROI and DDG, along with surprise special guests, as they compete in a friendly basketball tournament aiming to secure the grand prize of $100,000. Recognizing the importance of giving back during a crucial time, the winning team at the end of the eight episode series will donate 50% of its prize to a nonprofit or social good initiative.

“The Crew League delivers REVOLT’s mission of creating meaningful content that shifts cultural norms and offers a fresh perspective – The Crew League is a dope way for artists to do something they love, while still giving back to causes that are important to them.” states Combs.

“This show was created to showcase not only the celebrity talent involved but also the ‘crews’ around them. The celebrities’ entourages’ are integral to the success of the entire group,” adds Elie Maroun, co-founder & commissioner of The Crew League. “We had the idea to create this show after a few music industry friends decided to play a couple pick-up basketball games in L.A. After playing with PARTYNEXTDOOR, The Weeknd and their teams, I realized if we were to broadcast this, people would love it! That’s when The Crew League was born.”

The Crew League co-founders Elie Maroun and Jordan A. Stern created the series to shift entertainment culture and provide musical change makers with the opportunity to show off their skills and connect with the public through sports. Maroun and Stern have held longtime relationships with Combs and previously served his management team.

“We are thrilled and honored to be partnering with our mentor, Diddy, on The Crew League,” states Jordan A. Stern, The Crew League co-founder. “Diddy helped pave the way for Elie and I to explore these types of entrepreneurial opportunities, and seeing things come full circle is a blessing. Working with partners who also understand the consumption trends of our culturally relevant Gen Z & Millennial fans will allow us to disrupt and revolutionize current content offerings.”

REVOLT’s disruptive, original content continues to shift and adapt to the cultural changes in society. With the addition of The Crew League to its platform, this show will provide fans and consumers a new and unique way to engage with their favorite celebrity talent.

REVOLT will premiere new episodes of The Crew League on their YouTube Fridays starting February 19th. Premiering during an integral moment, the final season one episodes of The Crew League will air on March 5th–7th to offer a new source of entertainment for basketball fanatics and to coincide with the NBA’s scaled back activities around All-Star Weekend. The program will also air weekly on the REVOLT linear TV channel Mondays at 10 pm ET, starting February 22nd.