Billboard, the world’s largest voice in music, will honor Selena Gomez with its 2017 Woman of the Year award. The award-winning singer, producer and actress will receive the honor at the Women in Music dinner and awards ceremony November 30th at the world-renowned Ray Dolby Ballroom in Los Angeles. This highly-regarded event, held in conjunction with the release of Billboard’s Women in Music issue, will also honor the most powerful female executives in the industry.

“Not only is Selena soaring on the charts, but she continuously inspires young women everywhere to be authentic, give back and to not be afraid to use their voice,” states John Amato, president of The Hollywood Reporter-Billboard Media Group. “She is never afraid to speak her mind and has used her platform to advocate for the needs of others. We are thrilled to be able to honor her as our Woman of the Year.”

Over the past year, Gomez dominated the charts with Top 40 hits including “Bad Liar,” “Fetish” (featuring Gucci Mane), and “It Ain’t Me.” The latter, a collaboration with Kygo, became one of 2017’s biggest international smashes with over half a billion streams since its release. She’s also made headlines for far more than her pop radio prowess. Gomez executive-produced the acclaimed Netflix drama 13 Reasons Why, launched partnerships with Coach and Puma, all the while inspiring fans through her tireless philanthropic work.

Gomez teamed up with the Step Up Foundation, became a coach for World Kindness Day, hosted the WE Day charity telecast, and participated in benefits like Somos Live and the Hand in Hand Benefit for Hurricane Relief telethon. In addition, Gomez helped raise over $500,000 for the Lupus Research Alliance, a cause that has affected her personally. She has also advocated for increased mental health awareness after opening up about her own treatment and inspiring her young fans to find strength through outreach. Gomez has been an active ambassador for UNICEF since 2009, traveling around the world raising awareness and funds while promoting further involvement through her C.A.N. (Charity, Action, Now) initiative.

With six career Top 10 hits on the Billboard Hot 100 chart and two No. 1 albums on the Billboard 200 chart, Gomez reigns as an arena headliner, a four-time Guinness World Record holder, and the most-followed person on Instagram with over 128 million followers. Gomez was honored with the Chart-Topper Award at Billboard’s 2015 Women in Music event.

Billboard’s Woman of the Year award has become one of the music industry’s highest honors. Previous artists named Woman of the Year include Lady Gaga, Taylor Swift, Pink, Katy Perry, Fergie, and Beyoncé. Madonna was honored with the Woman of the Year award, at the 2016 event, where she delivered a heartfelt, one-of-a-kind acceptance speech addressing sexism, misogyny, and feminism in the music industry. In her closing remarks, Madonna offered advice to other women in music, urging them to “seek out strong women to befriend, to align yourself with, to learn from, to be inspired by, to support, to collaborate with and to be enlightened by.” Reba McEntire was the first person to be named Woman of the Year in 2007.

The 12th annual Women in Music event and a red-carpet pre-show will be broadcast live for the first time ever on Twitter from 6 pm-9 pm PST/9 pm-midnight EST on November 30th. Additional honorees of Billboard’s 2017 Women in Music event will be announced in the coming weeks. 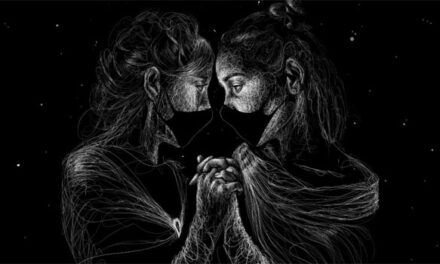