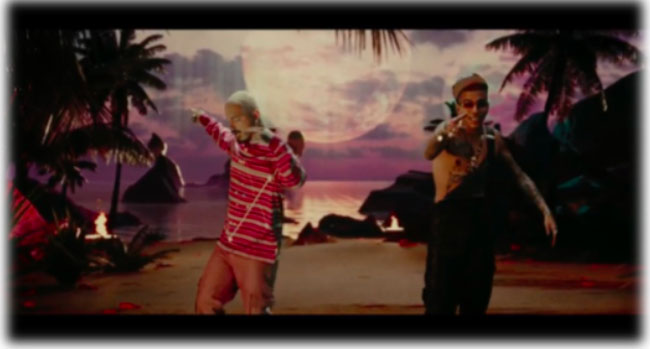 Track debuted at No. 36 on Global Spotify Chart

After the release of his album Famoso, international superstar Sfera Ebbasta unloads the video for the standout single, “Baby” with J Balvin. The new album was released on November 20th, and has been welcomed internationally with a standing ovation. All 13 tracks debuted at the top 200 Global Spotify chart while disintegrating all past records and achieving new heights for Italian albums. It received 16M streams in 24 hours while climbing the first 13 positions in the Italian top 50 chart on Spotify. Famoso is the most-streamed album ever on release date on Spotify and the second most-streamed album globally.

Ebbasta flexes as a major player in the game with the release of the video for the international focus track, “Baby” with J Balvin.

J Balvin expressed the wish to see the birth of a truly international Latin gang, an artistic partnership between Italy, Colombia and the whole Latin world. “Baby” marks the beginning of a journey destined to bring Italian music where it has rarely landed. Sfera and J Balvin met when the king of the trap made a remix of the track “Machika”. In the film Famoso, directed by Pepsy Romanoff and distributed worldwide by Amazon Prime video, the Colombian artist talks about his relationship with Sfera.

“At the time of the “Machika” remix I didn’t know him personally, but now we’re friends. There is nothing planned, no strategy, just a true friendship. One day I went to Italy, I looked at what was happening in the music world and there were five Sfera tracks at the top of the chart,” J Balvin says. “I said to myself: and where is my music? (Editor’s note laughs) – and then adds – It’s a real movement! And for this, I respect my little brother because yes … he is like a brother to me! He is a big star in Italy and I think he will soon be one everywhere. He has all my support and my respect. I really think we are at the beginning of a real worldwide Latin gang and I want to see my people win!”

In the video directed by Mattia Benetti and produced by Ocean Code Studio, we see Sfera and J Balvin together for the first time, immersed in a parallel universe, in those fantasy worlds where everything seems possible; golden statues emerging from the sea, sharks swimming over the city skyline and purple skies where gigantic planets stand out in a magnetic, almost hypnotic way. Between mermaids swimming above Ebbasta’s car and landscapes like el dorado, the song, produced by Sky Rompiendo, with its up tempo makes us understand why it has been chosen as the first international focus single and how it is possible that in only four days after its release, “Baby” is already a hit. The track is already at No. 1 on Spotify, Apple Music, Amazon Music and Youtube Italy.

Under the artistic direction of Charlie Charles, Famoso is the most important album in Ebbasta’s career, a boy who comes from nowhere and has never had help of any kind and who together with extraordinary teamwork, managed to become the most important Italian recording phenomenon in recent history. Results such as the one achieved by “Baby,” certify his entry into the very small circle of European artists who are truly recognized, respected, and above all listened to in the world. However, knowing the hunger of Sfera Ebbasta, his desire to continually improve himself, we are only at the beginning.