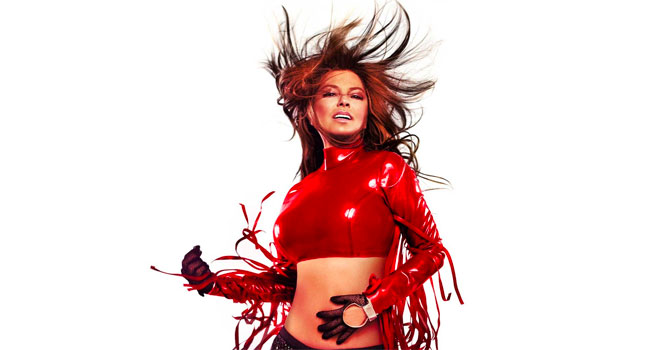 Shows were to begin in May

Shania Twain has postponed the start of her 2020 Let’s Go! The Las Vegas Residency from spring to summer due to the coronavirus outbreak. The country/pop superstar says the nine dates in May and June are canceled.

“My Let’s Go! Las Vegas residency performances scheduled for May 20 through June 6 at Zappos Theater are no longer able to happen in accordance with CDC recommendations regarding events. Tickets for affected shows will be refunded at the point of purchase within 30 days,” she shares on social media.

She continues, “I’m looking forward to returning to Vegas later in the year with my dates from August through December, but for now, it’s time to stay home. We are all in this together.”

We are all in this together ❤️ #stayhome #staysafe pic.twitter.com/rnqng2LYQG

With Twain herself serving as creative director, Shania Twain Let’s Go! The Las Vegas Residency is a concert celebration that keeps fans on their feet throughout the entire show, taking them on a spectacular journey through Twain’s decades-long career. Designed exclusively for Zappos Theater and promoted by Live Nation and Caesars Entertainment, the spectacular, high-energy production is a compilation of Twain’s most celebrated hits including “Man! I Feel Like A Woman!,” “You’re Still The One,” and “That Don’t Impress Me Much,” and features a seven-piece band and eight male dancers. Throughout the unforgettable evening, the Canadian country superstar dazzles the audience with eight different costumes designed by Marc Bouwer.

All concerts have been postponed or canceled through at least May, as of this writing. However, Dr. Zeke Emanuel — a key advisor to the director general of the World Health Organization — suggests that all mass gatherings, including concerts, be on hold for 18 months while biologists work on a vaccine for COVID-19, stating the country needs to reopen in stages with a realistic look at returning in “fall 2021 at the earliest.”