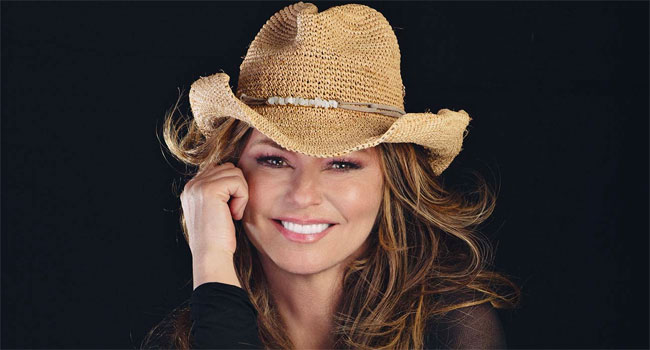 Next week, Shania Twain is set to release a 25th anniversary remastered Diamond Edition of her blockbuster double diamond album The Woman In Me via UMG Nashville. The country/pop superstar confirms her other two diamond albums, Come On Over and Up!, are also getting deluxe reissues.

“My trilogy of consecutive diamond albums – The Woman in Me, Come On Over and Up! – will be remastered and published with additional content,” she shares with Christoph Jaggi of Swiss’ Money Today. “The first of the three albums – The Woman in Me – can already be pre-ordered, 25 years after its first release. It is a solemn occasion for me to be able to re-release this album in a new form. All three albums are completely remastered and there is also all sorts of new material on them. It’s very, very fulfilling to still be very active in my career, working on a reissue of previous hit albums that were first released 25 years ago. Above all, it’s beautiful and exciting for the fans. It’s a very, very exciting time for me.”

No word on when the other two reissues are expected.

She also confirms she’s putting together the follow up to 2017’s NOW, that she hopes will come out next year.

“I’ve put together a new album,” she says while chatting in the tiny chalet in Caux/Montreux, Switzerland where she is staying, “where I get a lot of inspiration.”

“COVID is a challenge, however. The entertainment industry has a new era: Before COVID, during COVID, and – hopefully soon – after COVID. The measures caused by COVID have a massive effect on production and appearances. COVID has been keeping me on earth more lately, I’m grounded. At the moment, productions cannot be done the way they are normally done. Currently, all artists work in very small groups and use technology to collaborate remotely. That’s how I have to work myself. So the album is probably coming together more slowly than usual, but I’m working on a new album. Anyway, I hope that I can most likely get new music out in the spring of next year. That is my goal.

“While COVID is challenging, it simply means that wherever you are, you have to keep going and staying productive. That’s what I do, and I hope that doesn’t set me back too much. I am really optimistic that my new album will be released this spring.”

Twain has released two duets during the lockdown. One with masked Canadian country singer Orville Peck, and the other with Irish pop singer Ronan Keating.

Twain also confirms she will return to her Let’s Go! The Las Vegas Residency at Zappos “as soon as it is announced that it is safe to return.” She canceled the start of it earlier this year as the pandemic began shutting the world down.

Fans can also expect to see Twain in a TV adaptation of No. 1 New York Times bestselling author, Debbie Macomber’s Heart of Texas novels. She will star, executive produce and write music for Heart of Texas, a series that is expected to resume production soon.