Two weeks after the initial announcement was made that Olympic Champion and entrepreneur Shaun White would be bringing the action packed Air + Style event to the U.S. for the first time, the first slate of musical performances has been announced. Kendrick Lamar, Steve Aoki, Diplo, Edward Sharpe and the Magnetic Zeros, Phantogram, Portugal. The Man, Sleigh Bells, The Black Lips, Cults, Surfer Blood, METZ and Bad Things are among the first artists to be confirmed to perform over the two day event at the Rose Bowl Stadium in Pasadena on Saturday, February 21st and Sunday, February 22nd.

“I’m really excited that Air + Style LA keeps getting better,” said White. “I can’t wait to hear all these incredible acts perform at the Rose Bowl this February!!”

Tickets for Air + Style are on sale through all Ticketmaster outlets. Two day tickets that gain fans access to both Saturday and Sunday events are priced at $189 for access to floor seating for nightly concerts and $139 for general admission. VIP tickets will be available through Rose Bowl Premium Seating at 626-585-6800. Bands are subject to change.

The event, staged by Shaun White Enterprises and hosted by White, originated 21 years ago in Innsbruck, Austria, and a second event in the series was added in Beijing, China, five years ago. The Beijing events will be held December 5-6, 2014 and Innsbruck events January 16-17, 2015, leading into the final event of the season in the Rose Bowl in Pasadena. KROQ is the presenting media partner, and Shaun White’s existing partners will also participate, including GoPro, Target, Oakley, Burton and Monkey Bars.

Air + Style is a reflection of Shaun White’s lifestyle involving sporting elements snowboarding, skiing, skateboarding and BMX; music from three stages inside and outside the Rose Bowl; an interactive kids area; a fashion show; technology; cuisine; gaming; and art reflected throughout the venue. White will participate in snowboarding and skateboarding exhibitions. The list of world class competitors will be announced soon. Musical acts will perform throughout the day outside the Rose Bowl with the final concert each night at 8 p.m. inside the Rose Bowl (line-up and set times TBD).

Sixteen snowboarders and sixteen skiers representing the best in the world will compete. Eight snowboarders will be invited and the other eight will qualify from the events in Innsbruck and Beijing. The Association of Free Skiing Professionals has designated the Pasadena Air + Style event as a “platinum” event ensuring the top professionals. The competitors will be tackling a 16-story high, 450-foot long ramp and 70-foot jump, all managed by Snow Park Technologies.

Food, fashion and art will also be featured over the two days. A host of celebrity chefs will be participating along with top food trucks and vendors. Fashion shows will be held on the surrounding grounds and on the snow ramp, and art exhibits will be on display through a public graffiti wall, giant digital displays, nightly light shows and art galleries throughout the venue. 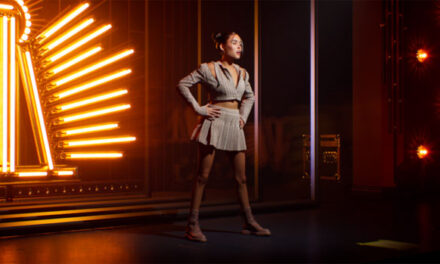