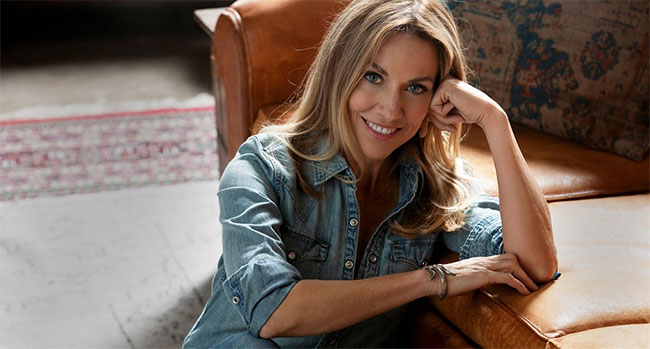 Nine-time Grammy Award winner Sheryl Crow has announced a pair of virtual concert performances, entitled Songs From The Big Green Barn, which will be broadcast live on September 18th and 19th at livestream.sherylcrow.com. The two shows, which will take place at Crow’s “Big Green Barn,” are markedly different in format: September 18th’s “Outside” performance, airing at 9 pm ET, will be a fully electric, rousing outdoor show featuring members of Crow’s touring band. The “Inside” show, broadcast on Saturday September 19th at 1 pm ET, will be a stripped down, intimate acoustic set also featuring accompaniment from members of Crow’s touring band. The song selection will vary across both shows and include classic hits, fan favorites, and deep tracks. Crow has also solicited fans to submit song requests on her social media accounts, which will influence the set lists.

Sheryl Crow’s “Big Green Barn” is a creative space filled with musical instruments, recording equipment and American folk antiques. “I’m really excited to bring fans inside the Big Green Barn for this pair of shows, they’re going to be special,” said Crow. “Obviously with COVID, we haven’t been able to tour this year. We put a lot of thought into how to make these shows unique, and to reach people around the world in countries that we haven’t played for in a long time, perhaps ever.” The Saturday “Inside” show was intentionally scheduled for more convenient viewing in timezones outside North America, although both shows can be watched from anywhere in the world during the initial broadcast, and on demand for two weeks afterwards for all ticket purchasers.

The concerts will be broadcast in high quality audio and video and are viewable on both computers and mobile devices. No special software is required to view the concerts, although a high speed mobile or internet connection is recommended for the best experience. The technical partner for the Songs From The Big Green Barn shows is Lifeline Streaming, an artist and fan-centric streaming company helmed by musical artist Clarence Greenwood aka Citizen Cope.

Tickets for each performance are available for $19.99, as well as a bundle ticket combo which provides access to both shows for the discounted price of $34.99 (until day of show). Unique merchandise has been created to commemorate the shows, and will be available in limited quantities. Songs From The Big Green Barn tickets and merchandise are available for purchase now at livestream.sherylcrow.com.