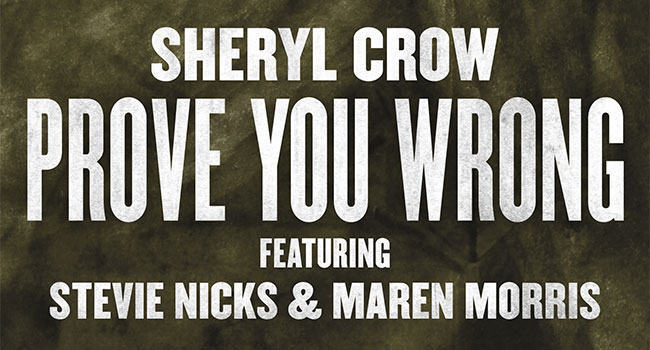 Nine-time GRAMMY Award-winner Sheryl Crow gives another glimpse into her highly-anticipated collaborations album entitled Threads with the release of “Prove You Wrong” featuring Stevie Nicks and Maren Morris – available everywhere now. Threads is due out August 30th via The Valory Music Co.

Crow wrote the fierce anthem of empowerment and joins forces with two strong female artists – double Rock & Roll Hall of Fame inductee Nicks and GRAMMY favorite Morris. “Prove You Wrong” has the sound of her trademark rock classics, yet speaks to the current moment in time for women.

“Stevie exudes art, she is at all times authentic. She’s the sister I don’t see enough, but she never leaves my heart,” states Crow. “I invited Maren to perform on ‘Prove You Wrong’ with Stevie and I because she belongs in our ‘club’ of strong female rockers who tell it like it is.”

Watch Crow and Morris’ performance of “Prove You Wrong” during the 2019 CMT Music Awards Wednesday night below.