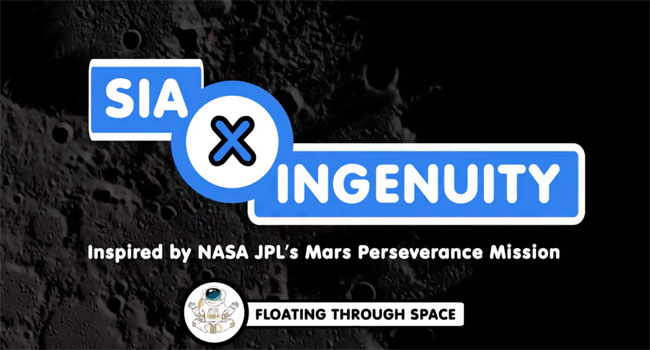 Sia has released her “Floating Through Space” video in collaboration with NASA to celebrate the upcoming Ingenuity test flight on Mars. The video highlights the NASA JPL’s Perseverance mission which successfully touched down on Mars on February 18th. It features David Guetta.

NASA’s upcoming launch for the Ingenuity Mars Helicopter would make the first attempt at powered, controlled flight of an aircraft on another planet. Before the four pound (1.8-kilogram) rotorcraft can attempt its first flight, however, both it and its team must meet a series of daunting milestones. Ingenuity is safely on the surface of Mars and the team is preparing to test the helicopter’s rotor blades as well as the motors that drive them.

Sia’s album Music (Songs From and Inspired by the Motion Picture) is out now and features “Hey Boy,” “Together,” “Courage To Change,” & more.