Sirius XM’s The Billy Joel Channel presents a special dedicated to his latest release, A Matter of Trust: The Bridge to Russia, available on multi-formats May 20th, at noon and 9 pm ET.

The special will premiere on Monday, May 19th, the day before the multi-disc package is released, with encore airings throughout the week.

A Matter of Trust – The Bridge To Russia will be available in a Deluxe Edition boxed set containing a full-length concert film (The Concert) on DVD or Blu-ray; a 2 CD album (The Music) featuring previously unreleased tracks and bonus material; and, as an exclusive, the Showtime documentary film chronicling Billy’s 1987 Soviet Tour, directed by four-time Emmy-winner Jim Brown (Pete Seeger: The Power of Song, American Roots Music, An Evening with Henry Belafonte).

In addition, the Deluxe Edition comes with a book containing rare photos and new liner notes including first-hand accounts from writers and journalists who were there, among them Gary Graff, Michael Jensen, Neal Preston, Rona Elliot and Wayne Robins.

A Matter of Trust – The Bridge To Russia (DVD/Blu-ray) and The Music (2 CDs) will be available individually, or inside the Deluxe Edition.

A Matter of Trust – The Bridge To Russia (DVD or Blu-ray) contains newly restored and remastered material from Live In Leningrad, 1987, a full-length concert film that has been unseen since its VHS release. For its DVD and Blu-ray debut, The Concert has been remastered from the original 35 millimeter negative and expanded to include 12 previously unreleased performances, more than doubling the running time of the original release. 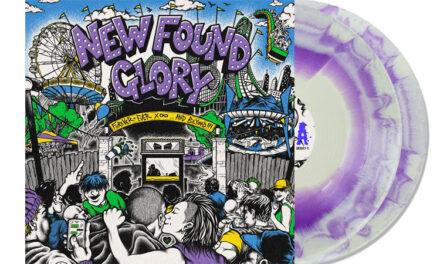