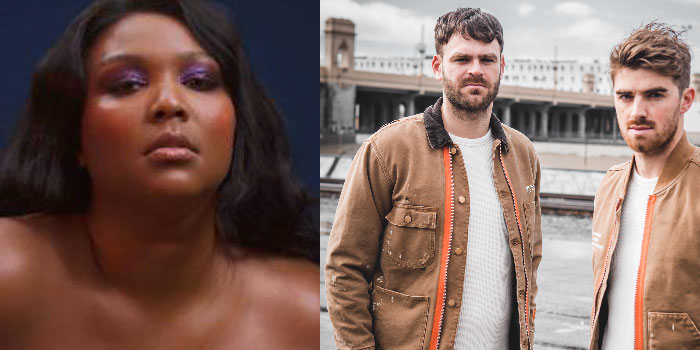 Pandora and SiriusXM have announced that they are kicking off football’s biggest weekend with the SiriusXM & Pandora Opening Drive Super Concert Series, two free exclusive concerts on back-to-back nights in Miami before the Big Game. GRAMMY Award-winning duo The Chainsmokers will perform Wednesday, January 29th, and GRAMMY Award-nominated breakout star Lizzo will perform Thursday, January 30th, both at The Fillmore Miami Beach at The Jackie Gleason Theater.

These exclusive events will be open to Pandora listeners and SiriusXM subscribers who are age 21 and over.

SiriusXM subscribers across the country can share in the excitement by listening to both shows on SiriusXM radios and the SiriusXM app. The Chainsmokers concert will air live Wednesday, January 29th at 9 pm ET on BPM, SiriusXM channel 51. Lizzo’s concert will air live Thursday, January 30th at 9 pm ET on The Heat, SiriusXM channel 46. Highlights from Lizzo’s performance will rebroadcast on SiriusXM Hits1, channel 2. Pandora NOW, SiriusXM channel 3, will replay The Chainsmokers and Lizzo performances back to back Saturday night, February 1st, starting at 8 pm ET. Selections from Lizzo’s live performance will also be made available on Pandora.

“We cannot wait to bring our full band show to such an intimate sized venue on the big game weekend with our good friends at Pandora and SiriusXM,” share The Chainsmokers.

Since their breakthrough in 2014, GRAMMY Award-winning duo The Chainsmokers have evolved into a dominating musical force with a diverse repertoire of songs leading them to become one of music’s hottest recording artists. Collaborations with artists including Halsey, Coldplay, Bebe Rexha and others have landed them five Billboard Hot 100 Top 10 singles, close to three billion streams on Pandora and numerous appearances on the Pandora Top Spins chart.

Lizzo will be making her first public performance at the SiriusXM Pandora stage following the 2020 GRAMMY Awards where she leads with eight nominations including the highly coveted Album of the Year, Song of the Year and Best New Artist. Her breakthrough hit “Truth Hurts” had a Hot Streak on the Pandora Top Spins chart where it appeared for 19 straight weeks while her latest “Good As Hell” is currently sitting in the Top 5.