The concerts, which are among the Grateful Dead members’ final performances together, will air from Soldier Field in Chicago on July 3rd, July 4th and July 5th at 9:15 pm ET, via satellite on SiriusXM’s Grateful Dead Channel, channel 23, and through the SiriusXM App on smartphones and other connected devices, as well as online at siriusxm.com. The concerts will also be rebroadcast on SiriusXM’s Grateful Dead Channel the day after each performance as well as over Labor Day Weekend.

“As generations of Dead fans eagerly anticipate these historic shows, we are thrilled that our subscribers who were not able to get tickets will still be able to experience this iconic band performing together one last time,” said Scott Greenstein, President and Chief Content Officer, SiriusXM. “Created with the band and curated by Dead experts, our Grateful Dead Channel is the perfect platform for a whole nation of long-time fans and new ones to hear these shows.”

SiriusXM subscribers since before May 18th can enter SiriusXM’s Grateful Dead Channel Fare Thee Well Sweepstakes for the chance to win a Grand Prize trip to Chicago including round-trip airfare, four nights’ hotel stay, and a pair of tickets to all three of the historic, sold-out concerts at Soldier Field on July 3, 4 and 5. The Grand Prize Winner will also get the chance to appear on a special edition of Tales from the Golden Road broadcast live from Chicago on SiriusXM’s Grateful Dead Channel.

In addition, SiriusXM subscribers can listen to Tales from the Golden Road on SiriusXM’s Grateful Dead Channel throughout the month of June for a chance to win tickets to the “Fare Thee Well” concerts in Chicago, as well as webcast packages to view all the “Fare Thee Well” concerts across the Internet from Live Alliance, and tickets to see the concerts in select cinemas nationwide from Fathom Events.

“Fare Thee Well: Celebrating 50 Years of Grateful Dead,” produced by Live Alliance, is an event that Billboard says “will go down in rock history.” Fans who are unable to travel to Chicago to attend the concerts will be able to access a broadcast of the event across multiple media platforms, including via a Pay-Per-View special on satellite and cable television, an online webcast (includes June 27-28 Santa Clara concerts, as well), an audio stream on SiriusXM, in participating bars and restaurants, as well as in movie theaters in the United States (presented by Fathom Events) and worldwide (presented by CinemaLive). 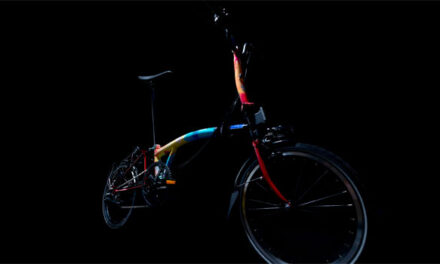