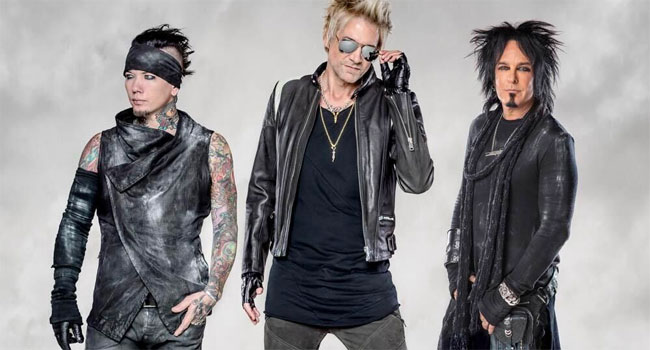 Sixx: A.M.’s anthem, “Belly of the Beast,” is a highlight of the Sno Babies soundtrack. The brand new lyric video for the song will incorporate scenes from the powerful film. The song was originally featured on the band’s 2016 album Prayers For The Damned Vol 1.

Sno Babies is a gripping and emotive tale that depicts the grim realities of teenage addiction. Kristen and Hannah are best friends – smart, likeable and college-bound – and also addicted to heroin. The pair of seemingly unlikely addicts spiral down a path of destruction, hiding their secret from well-meaning but busy parents behind pink bedrooms and school uniforms. Directed by Bridget Smith and starring Katie Kelly (Game of Silence), Paola Andino (Queen of the South) and Michael Lombardi (Rescue Me), SNO BABIES shows how easy it can be to both miss and hide the signs of addiction. Better Noise Films’ share of profits is being donated to The Global Recovery Initiatives Foundation (GRI) and The Amy Winehouse Foundation.

The trailer for Sno Babies has racked up over 6.5 Million combined views to date.

In a mission to reduce the stigma of Substance Use Disorders (SUD) and make an impact, Better Noise Films has collaborated with GRI to use the film’s release as a platform to raise awareness of their efforts to provide access to recovery support services all around the world. GRI is the first and only national community foundation dedicated to building a philanthropic source of funding for organizations to expand their capacity to provide people with SUD recovery support systems and services to combat the growing problem. The Amy Winehouse Foundation will utilize the funds for its many important programs, including its Recovery Pathways Program for Young People and Amy’s Place – Recovery Housing for young women in the UK.

The COVID-19 pandemic has increased the risk for those in recovery, for both catching the virus and more severe outcomes. Treatments and support systems are disrupted, and social isolation increases the risk for addiction, relapse and overdose deaths.

October is National Substance Abuse Prevention Month, and Better Noise Entertainment continues to highlight the hope that exists in Recovery through the release of music from its biggest artists like Sixx: A.M.