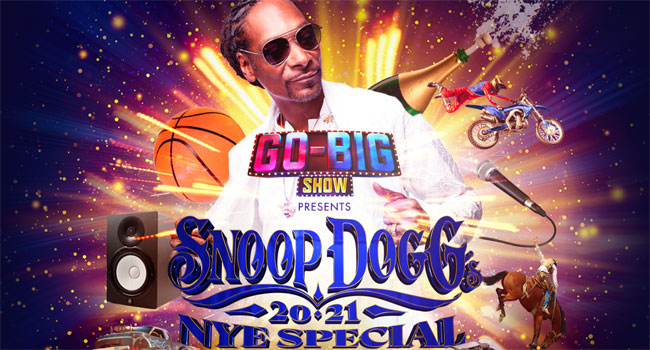 Additionally, virtual party-goers will tour Snoop’s compound, including his lavish basketball court, futuristic recording studio, fabulous Doggyland casino and jam-packed arcade room. Several of Snoop’s illustrious peers will also pop by to participate in the party for impromptu performances and more. Production of the special will be in accordance with LA County’s COVID-19 health and safety guidelines. In support of the event, TBS will make a donation to the Snoop Youth Football League.

Go-Big Show showcases supersized talents on a scale never before seen on television. Featuring monster trucks, alligator trainers, stunt archery and other radical feats, the program celebrates daring acts alongside personal, behind-the-scenes stories from the challengers as they battle head-to-head to impress the judges and advance toward the finale’s ultimate $100,000 prize.

Due to COVID-19, the show’s lively indoor festivities will extend outdoors to TV’s first-ever, interactive drive-in audience. Spectators will cheer for their favorite competitors in real time during a socially-distanced tailgate party just outside the venue which follows Macon-Bibb County Commission’s COVID-safety mandates.