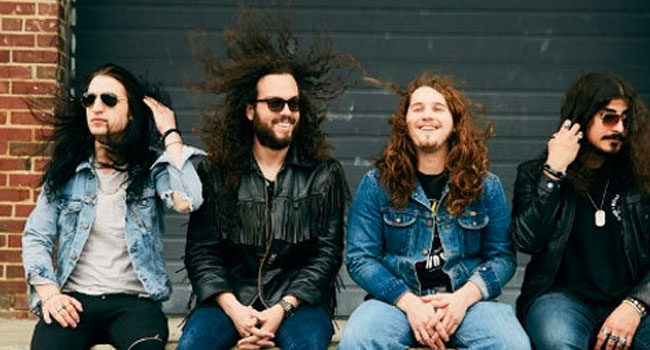 Contest is sponsored by Cooper Tire and Alice Cooper

Cooper Tire and legendary rocker Alice Cooper have announced that South of Eden has won the nationwide Driven to Perform garage band contest. The Columbus, Ohio, band won the opening act spot for a livestream concert by Evanescence on May 13th.

The contest, which asked bands nationwide to submit an original work, as well as a cover of Alice Cooper’s song, “Under My Wheels,” was open for fan voting online from April 16th to 28th. More than 12,000 fans voted and registered as part of the contest, ultimately crowning the Columbus, Ohio, band South of Eden as the winner.

“The competition to crown America’s best garage band has been an amazing ride,” says Chris Ball, Cooper Tire’s Senior Vice President & President, Americas. “We can’t wait to join Alice and Evanescence for South of Eden’s opening act performance on May 13th. We are sure the unique sound and fan appeal that drove them to be our winner will make this a performance to remember. Just like in tires, rock is all about performance, and we congratulate South of Eden for earning the right to take the stage with Evanescence.”

The announcement was made during a Zoom press event this morning (Thurs, May 29th) that also featured Evanescence’s frontwoman Amy Lee.

The “Coopers” – Alice Cooper and Cooper Tire – were united not just in name, but by a common passion for cars and music. Alice Cooper, whose new album Detroit Stories recently debuted at No. 1 on Billboard’s top album sales chart, named the work for his hometown, the Motor City. Alice Cooper is also a classic and muscle car super fan who has an evolving collection that currently includes a 1968 “Bullitt” Mustang, an Avanti, and an Alfa Romeo Spider.