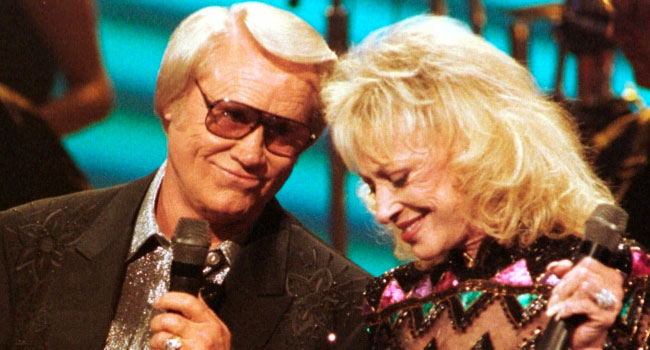 Spectrum Originals and Paramount Network have announced they will co-produce and air the limited series George & Tammy starring Golden Globe Winner and Oscar Nominee Jessica Chastain (Zero Dark Thirty) as the first lady of country music, Tammy Wynette. The limited series chronicles the country music power couple, Wynette and George Jones, whose complicated relationship inspired some of the most iconic music of all time. After a nine-month exclusive run for Spectrum subscribers, George & Tammy will have a second window on ViacomCBS forthcoming streaming service and Paramount Network.

“I first read Abe’s feature script a few years ago and couldn’t get it out of my head — the examination of human frailty and redemption was so unexpected, given the glitz and glamour of the subject matter,” states Katherine Pope, head of Spectrum Originals. “We all thought we knew who Tammy Wynette was, but there is so much more to her that we never saw. Jessica brings her incredible depth of intelligence, empathy and strength to peel back all the layers of this country superstar. It’s an honor to work with this dream team — all the producers and our partners at 101 Studios and Paramount Network — we can’t wait to bring this incredible series to our viewers.”

“I’ve been a massive fan of George & Tammy’s iconic music since I was a kid, leading me to chase this incredible script by Abe for years,” shares Keith Cox, President of ViacomCBS’s Entertainment & Youth Studios. “It’s a dream come true to have Jessica at the forefront of the complex tale behind Tammy Wynette. We are thrilled to share this series about two legends with the world on ViacomCBS forthcoming streaming service and Paramount Network.”

Remembered as the “First Lady of Country Music,” Tammy Wynette’s lyrics tackled real life issues including loneliness, divorce and heartbreak. Wynette’s most successful song “Stand by Your Man” is one of the most iconic and best-selling country singles by a female artist. Wynette’s 20 No. 1 songs on the country charts cemented her place as one of the most influential women in music. Her tumultuous marriage to country superstar George Jones in 1969 gave life to iconic duets including, “We’re Gonna Hold On,” “Golden Ring” and “Near You.”

Spectrum Originals is a premier destination for premium original series available exclusively to Spectrum video subscribers On Demand and ad-free. This free service launched in spring of 2019 with season one of L.A.’s Finest and is currently airing season two of the hit series starring Gabrielle Union and Jessica Alba. Additionally, on the platform is popular limited series Mad About You, Manhunt: Deadly Games and Paradise Lost. An initiative of Charter Communications, Spectrum Originals is the latest expansion of Charter’s market-leading video offerings, which include regional sports networks and its award-winning Spectrum News services.

Paramount Network, part of the ViacomCBS Entertainment & Youth Brands, is a premium entertainment destination that pushes the limits of storytelling with bold original scripted and non-scripted series. Inspired by over a century of cinema, Paramount Network is where today’s brightest stars bring the experience of the big screen to every screen with stories that are immersive, inclusive, and deeply personal. A subsidiary of ViacomCBS, Paramount Network has a global reach of 234 million households across 117 countries.