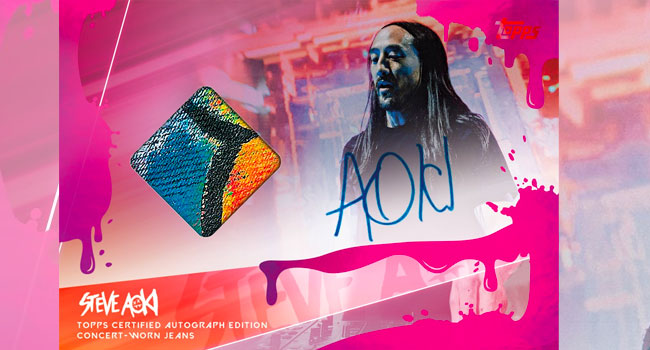 Two-time Grammy Award winning EDM DJ and record producer Steve Aoki, who has entertained millions in the music world, has teamed with Topps to design a series of baseball trading cards highlighting some of his favorite players.

Topps is issuing four weekly waves of 25 cards each at Topps.com, available for one week and printed on demand. In addition, a limited number of player autographed cards and Aoki autographed relic cards featuring pieces of event-worn jeans are included in random packs.

The design, in the spirit of Aoki’s “throwing cake” at his shows, is cake themed.