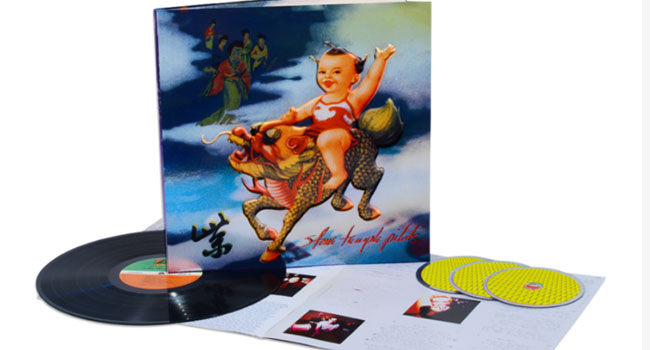 “When I first wrote the song, it actually started out as a bossa nova piece,” STP songwriter and bassist, Robert DeLeo told Billboard. “I had been getting introduced to a lot of bossa nova and samba at the time like Joao Gilberto and Jorge Ben, and wrote it on a cheap $25 guitar .”

The Purple: Super Deluxe Edition 3 CD/1 LP set includes a newly remastered version of the original studio album on both CD and vinyl, plus unreleased versions of album tracks and rarities, along with an unreleased full concert recording from 1994. On the same day, the music will be made available both digitally and as a 2 CD Deluxe Edition.

A limited edition bundle of the Purple: Super Deluxe Edition is now available to pre-order at stonetemplepilots.com which includes a bonus replica 7 inch vinyl single of “Interstate Love Song” that was originally released in the UK in 1994. This exclusive bundle is limited to 1,000 copies.

Stone Temple Pilots will kick off their 2019 fall tour on September 7th with an appearance at The Blue Ridge Rock Festival in Concord, VA. STP will then play some select headline dates in CT and NY, before launching their co-headlining tour with Rival Sons, beginning September 13th in Baltimore.