ReportLinker has looked at research into music streaming services including Spotify, Apple Music, and TIDAL and the way that they may be affecting album sales for music artists and labels. Most of the information used by ReportLinker comes from Nielsen and was published in the first quarter of 2017.

When it comes to the matter of music customers using paid subscription on-demand streaming services in the United States, we’re told that in 2014 these subscriptions were counted at being 7.9 million, but by the first half of 2016 they had already grown to a total of 18.3 million customers. Overall, music streaming service usage grew tremendously from the end of 2012 through 2016, while during that same period physical music album sales, in all forms, saw modest declines.

Research also tells us that different streaming services pay out artist royalties in different ways and at different rates. Spotify, in particular, has been pinpointed by music recording artists as being a “cheapskate” when it comes to royalty payments. This low payment rate, be it real or perceived, has resulted in some music artists canceling their licensing agreements with Spotify. Among the most high profile artists to pull their music from that service have been The Beatles (their estate), Tool, Taylor Swift, and Garth Brooks. While Spotify reportedly pays out to recording artists somewhere between 0.6 cents ($0.0006) and 0.84 cents ($0.0084) per streamed track, in comparison those same artists would earn anywhere from seven cents ($0.07) to ten cents ($0.10) per track bought by consumers over on Apple’s iTunes.

Apple Music’s streaming service, too, came under fire from music recording artists for withholding their royalty payments altogether during its customers’ free initial three-month trial of the service. In the long run, Apple streaming only pays out the same royalty ($0.0006) as Spotify. Meanwhile, TIDAL pays out approximately double the rate of Spotify, at 1.2 cents ($0.012) per streamed track. However, TIDAL also has far fewer subscribers than either Spotify or Apple (why this is so is unknown).

All in all, music recording artists don’t make very much money from streamed plays of their recorded tracks. This doesn’t bode well for the artists, for at the same time that music streaming subscriptions and plays have increased tremendously, album sales have been slowly but steadily falling off. For instance, while 2014 saw a 54.5% increase in demand for streamed music tracks, album sales in all forms dropped by a total of 11.2%. The following year, in 2015, listeners’ streaming of tracks increased by 92.8% while, simultaneously, album sales fell by 6.1%. 2016 saw a fairly dramatic fall of 16.7% in album sales.

In the end, the numbers indicate that increases in streaming (including SEAs) lead to decreases in actual album sales, with overall lower royalties earned by music artists. Music artists now have to make up for lack of album sales by such strategies as increasing the ticket prices for their live concerts and increasing the marketing of their licensed merchandise.

Best things to experience when in Las Vegas 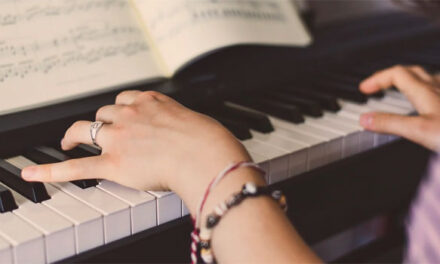 How to tell if you need piano tuning

Enjoy your favorite YouTube playlist to the fullest with these tips