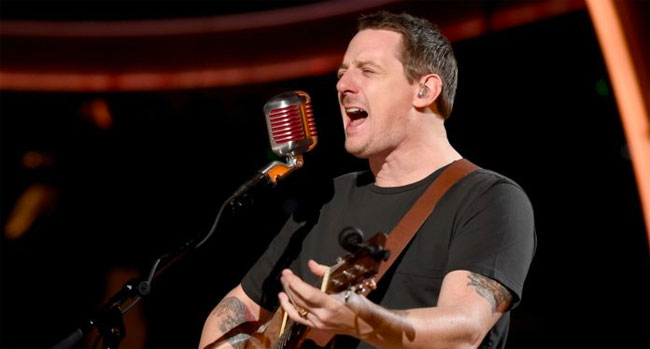 Simpson claims he was denied testing

Sturgill Simpson is the latest musician to publicly confirm testing positive for COVID-19. The country singer/songwriter shared he likely contracted the virus while on tour in Europe earlier this year. He also shares he was denied testing when rushed to the ER in March, but is currently in quarantine after testing positive last week.

“We were on tour in Western Europe for two weeks late Jan /early Feb..then up and down the southeast/eastern US playing arena shows mid Feb to early March. We played Charleston, SC on March 10 and they pulled the plug on our tour March 12 and I returned home,” he shares.

“This photo was taken at 9am on March 13th when my wife took me to our local hospital ER due to chest pains, fever, and pre-stroke blood pressure levels. I spent an hour listening to a (highly condescending) doctor refuse to test me because I ‘did not fit testing criteria’ and tell me why it was impossible that I had contracted the virus due to its extreme rarity and that it was not in western Europe yet during that same period (which we now know is incorrect) even though I was told by two nurses that I was the first person their hospital had walk in requesting to be tested.

“Almost one month later on April 6th my wife and I were both tested after finally finding a free drive-thru testing facility outside a National Guard depot. Yesterday on Friday April 10th, after almost one month without any symptoms, I received a call from the Nashville CDC stating that my test resulted in a positive detection for Covid-19. My wife (who has been by my side since Europe) tested negative.”

Simpson also shares that symptoms of COVID-19 vary case by case and Washington’s daily updates aren’t necessarily an accurate representation of how things are going with the deadly virus.

“I should also add that the CDC nurse I spoke to yesterday told me that it reacts differently in a case by case basis and the White House briefings and the information they are providing is basically pure speculation causing fear and that the only thing anybody knows is that we don’t really know much yet.

“All I know is I first felt symptoms a month ago yet I’m still positive and contagious and now on quarantine in the dojo until April 19th and really wishing I’d taken my wife’s advice and put a bathroom in the floor plans..live and learn.

“But hey, at least our government appointed task force headed by a man who does not believe in science is against mass testing and we now have a second task force in the works to ‘open America back up for business!'”

Strugill joins the growing list of musicians who have contracted the virus. Those include Jackson Browne, Bon Jovi keyboardist David Bryan, Olivia Lane and Asleep at The Wheel’s Ray Benson. Nineties country star Joe Diffie, and folk legend John Prine have both succumbed to the virus.