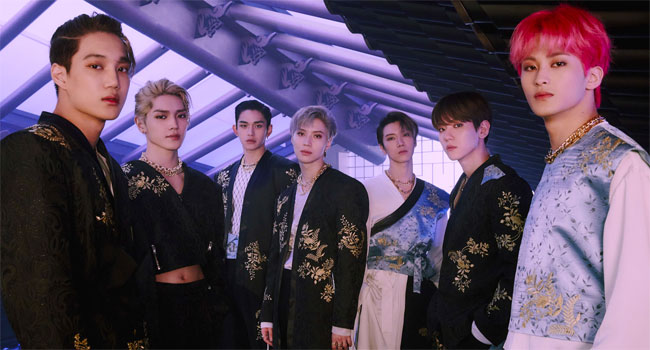 Track is from band’s debut album Super One

SuperM has unveiled its new single and video, “Tiger Inside.” The track is from the chart-topping K-pop supergroup’s first full-length album, Super One, set for release on September 25th. Like the big cat that it’s named for, “Tiger Inside” is kinetic, visceral and galvanizing, exuding strength and confidence as the septet seamlessly trade off powerful vocals and traverse musical styles. Synths conjure up the grumbling noise of a tiger alongside powerful 808 bass with distortion, creating an Asian-themed track made for the dance floor. “Bring it on,” SuperM urges, sending a message about overcoming hardships and challenges by bringing out the inner tiger (passion) hidden within us all.

The accompanying music video features distinctive choreography, inspired by the movements of a tiger.

“Tiger Inside” is the follow-up to SuperM’s “100,” which Rolling Stone hailed as “three and a half minutes of frenetic, high-energy fun.” Praising the band’s “high-octane performance” of “100” on Good Morning America, Billboard said, “Videoing in directly from Seoul, the idols blasted through their performance, nailing energetic choreography in all-white outfits.” SuperM’s performance utilized the same cutting edge AR (Augmented Reality) technology that fueled its Beyond LIVE virtual show. Prior to the show, SuperM did an Instagram Live interview with GMA host Ginger Zee, and set a record for the most live viewers on an IG Live in the show’s history.

Fans who pre-order the forthcoming album in digital format will instantly receive “Tiger Inside” and “100.”