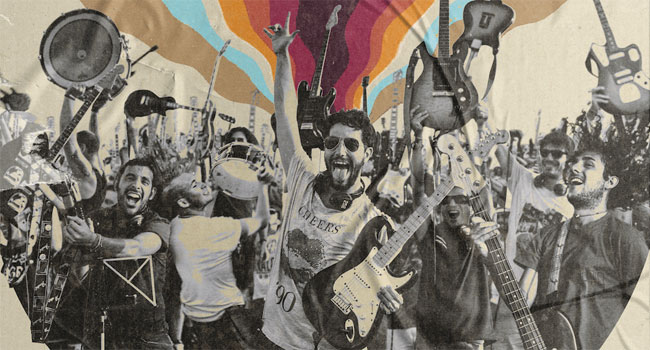 We Are The Thousand in the 2020 Spotlight Section

A new documentary on Foo Fighters fandom turned into the world’s biggest rock band makes its North American premiere at SXSW Film Festival 2021. We Are The Thousand takes fans backstage with the Rockin’ 1000 where a thousand musicians gathered in Cesena, Italy to perform “Learn To Fly” in hopes of convincing the Foo Fighters to perform in their small Italian town.

That was the beginning of an adventure that created the largest band of rockers on earth. Jump into the whirlwind global events that created a viral video sensation that pushed fandom to new heights – and launched the “biggest rock band on earth” that has now surpassed 19k amateur and professional musicians.

We Are The Thousand tells the incredible true story behind the making of the video that reached 52 million views and the events that came next.

Written and directed by Anita Rivaroli, the film is produced by Simone Catania and Charlotte Uzu with Francesca Portalupi serving as executive producer. Foo Fighters make an appearance in the film.

We Are The Thousand was set to premiere during SXSW 2020, which was ultimately canceled due the ongoing global crisis. It’s one of several music docs premiering at the SXSW Film Fest 2021. Demi Lovato and Tom Petty are both subjects of documentaries being seen for the first time. Demi Lovato: Dancing with the Devil opens the SXSW Film Festival with its world premiere while Tom Petty, Somewhere You Feel Free will make its world premiere as a Centerpiece Film.