The announcement comes the day Swift releases her latest album

Before the ball drops on New Year’s Eve, global music sensation Taylor Swift will culminate another record-breaking year with a performance of her hit songs for over one million fans in Times Square live on ABC’s telecast of Dick Clark’s New Year’s Rockin’ Eve with Ryan Seacrest 2015.

Swift will join a stellar line-up of the year’s top music artists in celebrating the New Year during the biggest live music celebration in show history with over 38 performances and 5½ hours of music. Dick Clark’s New Year’s Rockin’ Eve with Ryan Seacrest 2015 will air on Wednesday, December 31st beginning at 8 pm ET/PT on ABC Television Network.

The bi-coastal celebration will include hours of special performances and reports on New Year’s celebrations from around the globe, and Ryan Seacrest will lead the traditional countdown to midnight from Times Square in New York City as he has for the last nine years.

“Each year New Year’s Rockin’ Eve continues its iconic legacy by delivering incredible performances from the year’s hottest artists, and this year is no exception. We already have secured an unprecedented number of music acts, culminating with a Times Square performance by Taylor, the biggest superstar in music today,” said host and executive producer Ryan Seacrest.

The announcement comes the day Swift releases her sixth studio album, the pop-flavored, 1989. 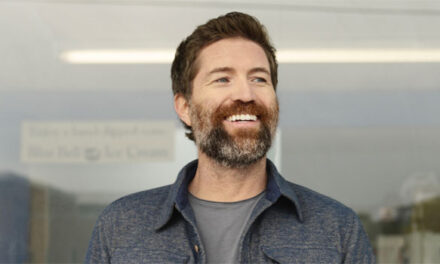