Syndicated radio show host Bobby Bones and his band, The Raging Idiots, will be joined by two-time Academy of Country Music “Top Male Vocalist” Jason Aldean for a charity show in Nashville at Marathon Music Works on Tuesday, November 18th. All proceeds from the show will benefit St. Jude Children’s Research Hospital.

In July 2014, Aldean agreed to play a show with the band if The Bobby Bones Show could raise at least $50,000 for Susan G. Komen. Within a few days of announcing the #50kWithJasonA challenge, the show raised more than $60,000.

“Aldean and the Idiots has quite a ring to it,” laughed Aldean. “Seriously, I think it’s great that they were able to raise so much money for Susan G. Komen and so quickly…Country fans are the best! It’s been a long time since I’ve sat in at a club show like this… I better start thinking about what songs I can do with them.”

“Our listeners never disappoint me, and they often still surprise me with their generosity,” stated Bones. “To team up with one of country music’s biggest stars and help two charities at the same time is awesome. We’re happy to be supporting St. Jude and Susan G. Komen. Now onto the show that Jason promised us – Jason Aldean and my band The Raging Idiots.”

Tickets for the one night event are $50 and can be purchased at Ticket Fly. It is a 21 and over event only.

“They do such important work, so anytime we’re able to support them, we jump at the chance.”

The news comes on the heels of The Bobby Bones Show making a donation of over $150,000 to St. Jude Children’s Research Hospital in honor of co-host Amy’s mother Judy, who recently passed away from cancer. For two years, listeners of The Bobby Bones Show followed Judy’s battle with the disease and she became the inspiration for the program’s #PimpinJoy campaign, which encouraged people to choose random acts of kindness. When she passed away last month, Amy’s family asked that donations be made to St. Jude in lieu of flowers or any other contributions. Listeners and friends in the country music industry, including Dierks Bentley, Lindsay Ell and Little Big Town, made donations, quickly surpassing the original $20,000 goal in just one day and culminating with more than $150,000 being raised at the end of one week.

The Bobby Bones Show, including host Bones, co-hosts Amy and Lunchbox, as well as Eddie, Nada and Cruz, followed up the week of donations with a trip to St. Jude Children’s Research Hospital in Memphis, TN. The group presented their donation, toured the hospital, decorated cupcakes with patients, and Bones’ band The Raging Idiots played a special show for patients and their families with country singer Maggie Rose.

“We’ve worked with St. Jude a lot in the past,” stated Bones. “They do such important work, so anytime we’re able to support them, we jump at the chance.”

St. Jude presented Amy and the show with a plaque honoring Judy that will be displayed at the hospital. The plaque’s inscription reads: “In memory of Judy we choose joy every day.” 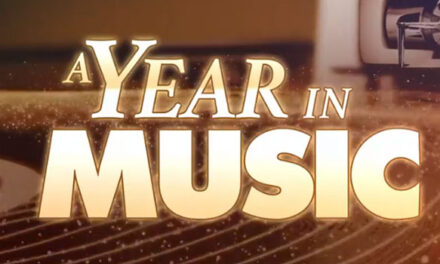 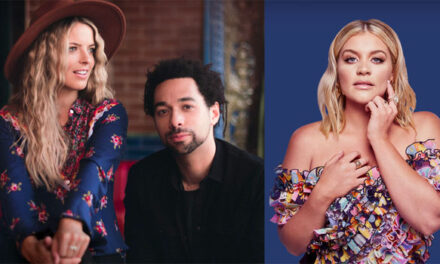