The Madison Square Garden Company, which acquired the Forum in Inglewood, California in June of 2012, announced on Tuesday (July 30th) its plans for the iconic venue, including its commitment to invest $100 million, details of its ongoing revitalization, its highly-anticipated reopening in January 2014 and the company’s naming of Chase as Presenting Partner.

Upon completion of the extensive revitalization, the Forum will reopen on January 15th with a historic performance by the legendary Eagles. Synonymous with California music history, and one of the most prolific and successful acts of all times, the Eagles are bringing their highly successful “History of the Eagles” tour to the Forum for grand opening performances on January 15th, January 17th and January 18th, performing classics spanning their career, including some that have never been performed live. Ticketing information will be announced shortly.

“The Forum is an iconic Southern California landmark and with the vision of The Madison Square Garden Company is sure to become the world’s quintessential music-focused venue.”

“Since we first explored the opportunity to acquire the Forum and expand The Madison Square Garden Company’s presence on the West Coast, our vision has been clear: return the venue to its celebrated position as one of the most beloved and well-known venues in the country for the benefit of the community, fans and performers for generations to come,” states James L. Dolan, Executive Chairman of MSG. “We are pleased with the substantial progress on our ambitious plans, and starting with the Eagles in January, the Forum will return to its rightful position as a thriving destination for both artists and music fans.”

“The Forum is an iconic Southern California landmark and with the vision of The Madison Square Garden Company is sure to become the world’s quintessential music-focused venue,” claims Azoff, Eagles’ manager and founder of Azoff Music Management. “Since the 1970s, the Eagles have a long and rich history with the Forum. The building has played an important role in the growth and development of the band from their early Southern California roots to becoming a worldwide touring phenomenon. With its unsurpassed acoustics and warm intimate arena experience, it’s always been the band’s favorite building to perform in and we’re anxiously looking forward to kicking off the next era of the Forum this January.

The Forum expands MSG’s footprint to the West Coast, and adds a seventh venue to the company’s famed portfolio of venues, which include: “The World’s Most Famous Arena,” Madison Square Garden; the art deco masterpiece, Radio City Music Hall; the renowned Beacon Theatre; the legendary Chicago Theatre in Chicago; The Theater at Madison Square Garden and Boston’s Wang Theatre. The Forum will book a broad scope of events with a focus on music and entertainment, including concerts, family productions, award shows, television/film productions, as well as a few select sporting events. The company will make further bookings announcements in the coming weeks and months as a full event schedule develops.

As it has done with several of its venues, including Radio City Music Hall, The Beacon and currently, Madison Square Garden, The Madison Square Garden Company is revitalizing the Forum to create a world-class entertainment venue that bridges its iconic past with today’s state-of-the-art technology and amenities. BBB Architects, a renowned architectural firm with an unmatched history of renovating landmark entertainment venues, including MSG’s current Transformation of The Garden, is directing the Forum revitalization, which is inspired by the venue’s original 1967 design, and includes upgrades to the entire venue site.

The Eagles, minus drummer Don Henley, were on hand for the announcement and guitarist and founding member Glenn Frey recalls how important the Forum is to the city of Los Angeles.

“As fond as I am of all my memories with playing with the Eagles [at the Forum], my fondest memory is a picture I have of my four-year-old son and my six-year-old daughter sitting on each of Magic Johnson’s knees eating popcorn during a Laker game. I feel like the Eagles have their fans — have a relationship with us.”

The revitalization of the Forum will create the largest and most important indoor performance venue in the country designed with a focus on music and entertainment and will have something for everyone — artists and promoters, LA music fans and VIP customers. Architecturally, the interior of the bowl will be completely modernized and feature flexible seating, ranging from 17,500 seats to 8,000 seats, enabling the venue to attract a wide variety of events. The arena will be updated with state-of-the-art, technically advanced support systems featuring a unique “sky deck” to accommodate the largest touring concerts, productions and events. Fans will enjoy one of the largest general admission floors in the country, with approximately 8,000 square feet of new event level hospitality offerings, including food and beverage, merchandise and bathrooms. A tinted glass wall will separate this concession area from the arena floor; ensuring fans do not miss a moment of the performance.  Forum VIP customers will have access to the historic Forum Club, which will be completely re-imagined with thematic music-inspired detailing, and the new Chase Lounge.

“We rehearsed in the Forum about four years about for about 20 days, just the 50 guys in the place.”

Thanks to its superior acoustics and intimate ambiance, the Forum delivers a one-of-a-kind experience for artists. The new Forum, designed with artists in mind, will include seven star-caliber dressing rooms that feature upgraded amenities, providing an unparalleled experience for all entertainers performing at the Forum. In addition, there will be a dedicated area for production and touring crews, which will include an exclusive dining space. Among the key features that will be resurrected in an effort to replicate the original design is the exterior color of the venue, which will be repainted to the 1960’s “California sunset red.” The revitalization of the 40,000 square foot outdoor terrace surrounding the perimeter of the building will offer upgraded food and beverage amenities to elevate the guest experience. In addition, a distinct and iconic Forum marquee that reflects the architecture of the venue will be located at Manchester and Prairie.

The Forum was constructed in 1967 by Jack Kent Cooke, then-owner of the Lakers and founding owner of the Kings. Cooke promised to build what he envisioned would be “not only one of the most beautiful buildings in America, but in the world.” Designed by prolific architect Charles Luckman of the firm Charles Luckman, Associates, who also designed Madison Square Garden, the structure was constructed for $16 million and praised for its beauty and modern interpretation of the Coliseum of ancient Rome. Over the years, the Forum not only served as home to the LA Lakers and Kings, but also hosted the greatest musicians of the day, including Led Zeppelin, who have played the Forum 16 times in its career, the Rolling Stones, The Jackson 5, Elvis Presley, Elton John, Bob Dylan, The Grateful Dead, Paul McCartney, Prince, U2, and many more. In 2000, the Faithful Central Bible Church purchased The Forum and began holding regular Sunday services, while also renting the venue for concerts, sporting events and other entertainment events. In May and June 2009, Michael Jackson rehearsed at the Forum for his planned “This Is It” concert series in London and the footage was used for Sony Pictures’ film Michael Jackson’s This Is It. 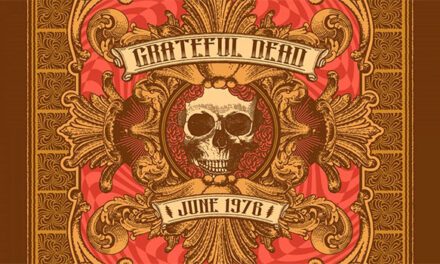