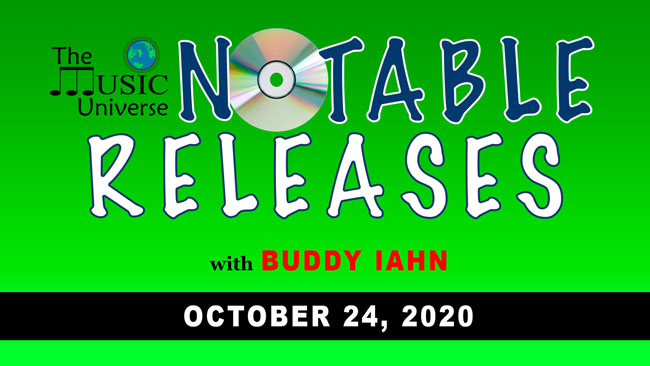 Buddy Iahn has a look at your Notable Releases

Garth Brooks has announced the long-awaited release of his 12th studio album, FUN and second live album Triple Live Deluxe for November 20th. FUN features 14 tracks, including his latest single “Shallow” with wife Trisha Yearwood, and “Dive Bar” with Blake Shelton. FUN will be available as a standard release and a Limited Edition with a holographic foil cover. Triple Live Deluxe will include additional tracks not found in the previous offerings, and will feature six collectible covers, including one exclusive to Walmart and another to Talk Shop Live. Walmart will also be carrying copies of his Legacy albums on vinyl separately beginning in November.

Paul McCartney has announced McCartney III, his third self-titled studio album, for December 11th on CD and LP via Capitol Records. The album features the former Beatle playing every instrument and writing and recording every song. McCartney initially didn’t plan to release an album in 2020, but in the isolation of “Rockdown,” he soon found himself fleshing out some existing musical sketches and creating even more new ones. Vinyl configurations include 3,000 hand-numbered red vinyl copies, a 333 Edition sold only via Third Man Records online store and limited to 333 copies on yellow-with-black-dots vinyl created using 33 recycled vinyl copies of McCartney and McCartney II, a U.S. indie retail exclusive pressing of 4,000 hand-numbered white vinyl LPs, and more. The Third Man pressing sold out instantly.

Neil Young has announced Archives Volume II: 1972-1976 for November 20th. The enormous box set is the second installment in the definitive, comprehensive, chronological survey of Young’s legendary body of work, which was kicked off by 2009’s Archives Volume I: 1963-1972. This long-anticipated new volume contains 10 CDs with 131 tracks, including 12 songs that have never been released in any form, and 49 new unreleased versions of Young’s classics. It also includes a 252-page hardbound book with hundreds of previously unseen photographs, additional archival materials, a partial tape database, a detailed description of the music, a fold-out timeline of the period. In addition, each purchase includes the hi-res 192/24 digital files of all 131 tracks, as well as a free one-year membership to the Neil Young on-line archives. The box also includes a massive poster and are strictly limited worldwide to 3,000 units.

Alice in Chains will release a 30th anniversary of its seminal debut album Facelift. The album was released in 1990, ahead of the pre-grunge era, and features songs such as “Man In The Box,” “Bleed the Freak,” “We Die Young,” and “Sea of Sorrow.” A double standard black vinyl reissue with remastered audio and download card will be available on November 13th with a box set expected to ship around January 29, 2021. The Facelift Custom Deluxe Box Set features an acrylic deluxe box with gel transparencies, the remastered album on 2 LP picture disc vinyl, an exclusive cassette, custom hard cover photo book, folded two-sided poster, 12″ slipmat, sticker sheet, tour laminate and four art prints.

Eagle Rock Entertainment is set to release colored vinyl editions of some of rock’s most noteworthy live releases. Aerosmith’s Rocks Donington 2014, Mötley Crüe’s The End Live in Los Angeles and Ritchie Blackmore’s Rainbow’s Memories in Rock are due November 20th with Black Sabbath’s The End & Kiss’ Rocks Vegas set for December 11th. All five will be available through The Sound of Vinyl with their own colored variants. 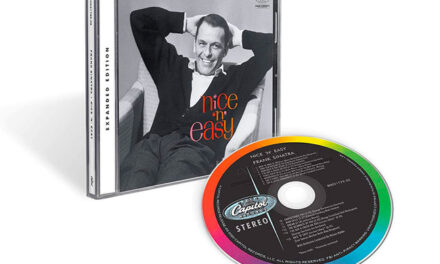