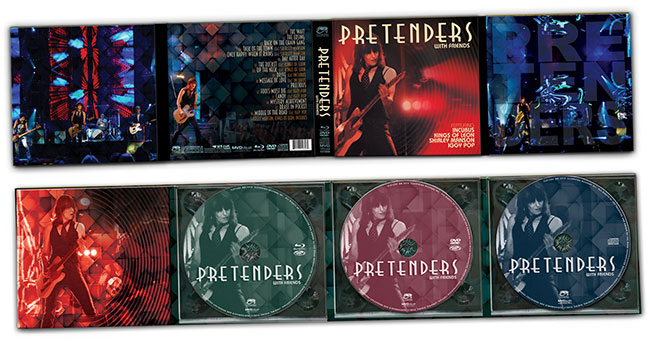 Songs include “Brass in Pocket”; “Message of Love” by Incubus, “I’m Only Happy When It Rains” by Shirley Manson, “Precious”; “Candy” by Iggy Pop and Chrissy Hynde”, “Talk of the Town”; “Back on the Chain Gang”; “Drive” by Incubus; “Mystery Achievement”, “Fools Must Die” by Iggy Pop, and “Middle Of The Road” encore performance featuring The Pretenders with Iggy Pop, Incubus, Kings Of Leon and Shirley Manson.