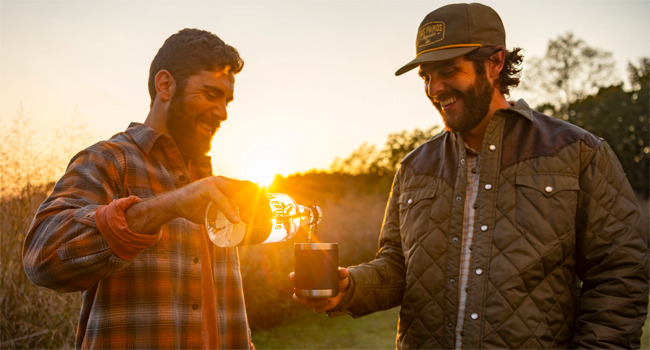 Bonded by a strong family connection and mutually inspired to bring people together, Thomas Rhett explains, “Our decision to create a new tequila brand grew out of just loving being with family. Jeff and I wanted to create a tequila that was expertly crafted and could be enjoyed year-round – regardless of the season or activity – with the people we care about most. Dos Primos is all about who we are and what’s important to us.”

“There’s no greater thrill or commitment than putting your name on something you believe in,” adds Worn. “Our names are more than just our reputation – they represent our legacy and our future. That’s not something Thomas Rhett and I take lightly. We are proud and we’re excited to introduce Dos Primos.”

Dos Primos is distilled at Destiladora González Lux, located just outside the city of Arandas, Mexico, in the highlands of Jalisco. Third-generation Master Distiller Rodolfo González worked with Thomas Rhett and Worn to create the product’s taste profile and oversees the distillation process to ensure every drop of Dos Primos exceeds standards and expectations.

“From field to bottle, my family’s lifelong passion for crafting superior tequila shines through in Dos Primos,” says González. “By blending agave from the highlands and the lowlands we created a smooth tequila that can be sipped or enjoyed in a cocktail. Dos Primos will be well-received by tequila aficionados and novices alike.”

“My wife and I love to enjoy tequila together and I’m excited for people to share a bottle with friends, sip it around a bonfire or enjoy it on a fishing trip, tailgate or concert,” Thomas Rhett adds. “Dos Primos is about unwinding and enjoying the people and things that really matter in life.”

The Dos Primos packaging reflects its ultra-premium category and its founders’ attention to detail. Each clear embossed-glass bottle features a natural wood cork and genuine black-leather cord wrapped around the neck. The fabric label is hand-applied in Mexico and bears the signatures of Thomas Rhett and Worn.