Welcome To The Blackout (Live London 1978) is a previously unreleased triple LP set recorded live during the ISOLAR II tour at Earls Court, London on the June 30 and July 1, 1978 by Tony Visconti and was mixed by Bowie and David Richards at Mountain Studios, Montreux, January 17-22, 1979. The newly designed tri-fold sleeve features imagery by photographers Sukita and Chris Walter.

Let’s Dance (Full-Length Demo) c/w Let’s Dance (Live) will be pressed on 45 rpm 12″ single featuring the first appearance of the full length demo of “Let’s Dance,” which was previously released digitally in an edited form for Bowie’s birthday on January 8th of this year. The full-length demo version clocks in at 7:34 and, like the edited version, was mixed by Nile Rodgers (original co-producer of the demo with Bowie) in December of last year.

The demo is backed by the live version of “Let’s Dance” recorded live at Pacific National Exhibition Coliseum, Vancouver, British Columbia, Canada, September 12, 1983 and mixed by Bob Clearmountain. This version can be seen in the Serious Moonlight concert film and was also previously available on the AA side of the now very rare Australian David Bowie Is exhibition exclusive yellow vinyl 7″ single. The sleeve of the 12″ single is a different colored variation of the original “Let’s Dance” single cover.

Bowie Now gets its first commercial release of a rare 1977 U.S. only promotional-only LP on white vinyl. The tracks are drawn from the Low and Heroes albums and all of the audio is from the A New Career In A New Town boxed set, remastered by Tony Visconti. The package now features a newly designed inner sleeve with rarely seen black and white images taken in Berlin during 1977. 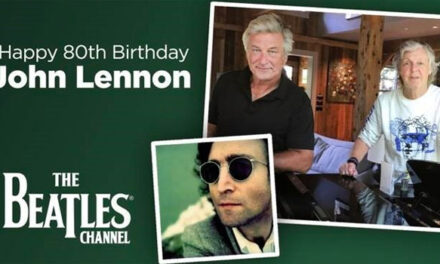 Bon Jovi announces ‘This House Is Not For Sale’ live 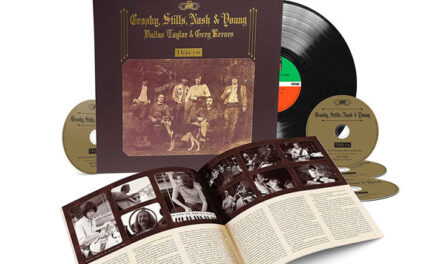