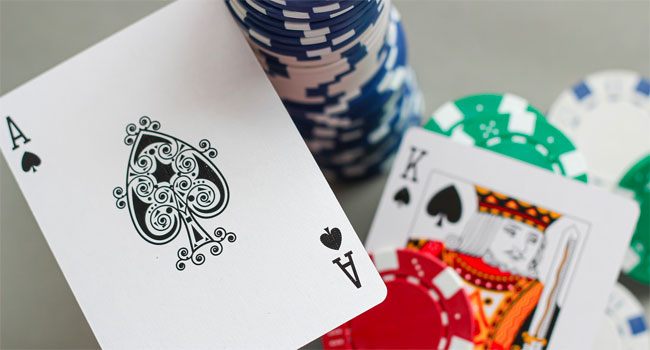 The word “blackjack” has appeared in several songs over the decades. But those songs are not always about the classic casino card game in which players try to get a hand up to twenty-one without going bust. For instance, the well-known “Blackjack County Chain” song is about a group of black prisoners murdering a sheriff. The song, which was written by Red Lane and performed by Willie Nelson in 1967, was controversial then, and it remains controversial today. In fact, it caused such a stir at the time of its release, that it was banned by radio stations. More recently, the American rapper and singer Aminé released a song called “Blackjack.” The 2018 track was not about the game of Blackjack at all. Instead, the name references the comedy actor and musician Jack Black. In particular, it mentions his classic movie School of Rock. The fun video for the track cleverly replaces the School of Rock with the School of Rap.

Out of the various songs with “blackjack” in the title, there are only three well-known tracks that appear to actually be about the card game. Each one is called “Blackjack,” and each one is most certainly worth checking out.

Blackjack is the fourth track on Death Grips’ 2012 album The Money Store. Although the song is about the classic casino game of blackjack on the surface, dig a little deeper and you will see that blackjack is also being used as a metaphor for the singer’s personal life. Death Grips is an experimental hip hop band, which formed in Sacramento in 2010. Despite hip hop being the main driving force of Death Grips’ music, it also takes in the likes of punk rock, industrial, and electronic music. The band is well-known for its aggressive performances. If you haven’t yet checked out Death Grips, you should certainly listen to Blackjack and their other storming tracks. You might even like to play live casino blackjack online while you do so.

We’ll be honest. We’re not really sure if the song Blackjack by Ween is about the game of blackjack or not, but we love it all the same. The lo-fi track that slowly builds to a crescendo only has a few lines, which include “Big black betty blackjack” and “Little Spanish Eddie big flapjack.” Ween could simply be playing around with words, or there could be a deeper meaning to this track that we have somehow overlooked. One thing is for sure, listening to Blackjack by Ween is guaranteed to put a smile on your face. The Pennsylvanian experimental rock band started life way back in 1984, but they didn’t put out official album releases until the 1990s. “Blackjack” is from their first and arguably best album, 1990’s GodWeenSatan: The Oneness.

No one can dispute that Ray Charles is one of the all-time greats. He helped to pioneer soul music in the 1950s by combining blues, jazz, and gospel, and he went on to produce rhythm and blues as well as country music in the 1960s and beyond. He also appeared in The Blues Brothers classic comedy movie from 1980. Charles has a plethora of accolades to his name, but one of his greatest achievements was becoming the first black musician to be granted artistic control over his music by a mainstream record company. In addition to hits like “Georgia On My Mind,” “Hit the Road Jack,” and “What’d I Say,” he sang about the game of blackjack on his fourth studio album Yes Indeed! On the 1958 album, you can hear the laidback track “Blackjack,” in which Charles bemoans his unlucky streak of playing the classic card game.