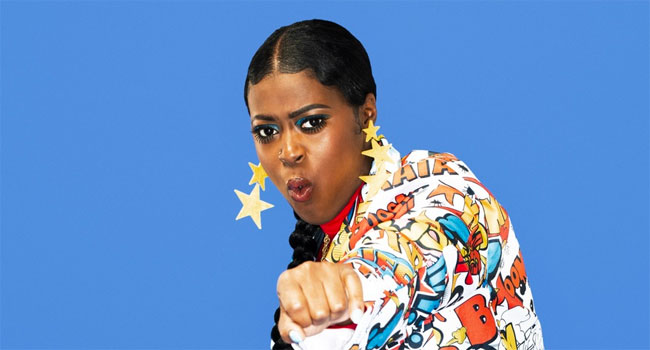 As Tierra Whack continues her sprint towards rap stardom, she expedited the process with a light-hearted collaboration with Apple. Directed by Calmatic, the Apple holiday short film, The Magic of Mini, first finds a somber Whack walking home. With a pair of air pods in tow, she hopes to cheer herself up listening to her new single “Feel Good.” Once she arrives inside her apartment, her mood elevates. As she turns on her HomePod Mini, a miniature version of herself comes to the rescue and alters her attitude instantly with the bouncy “Peppers and Onions.” The Magic of Mini ends up being a story about music’s transformative power and how it plays to the sly humor of Tierra’s Whacky world.

As for the HomePod Mini, Apple’s newest addition to the audio family packs a lot of power, providing listeners with a great listening experience, smart-home capabilities, built-in privacy and security, and more.

In 2019, Apple picked Whack, who’s signed to Jimmy Iovine’s Interscope Records, to be an Apple Music Up Next Artist – a program built to spotlight emerging talent from around the world.