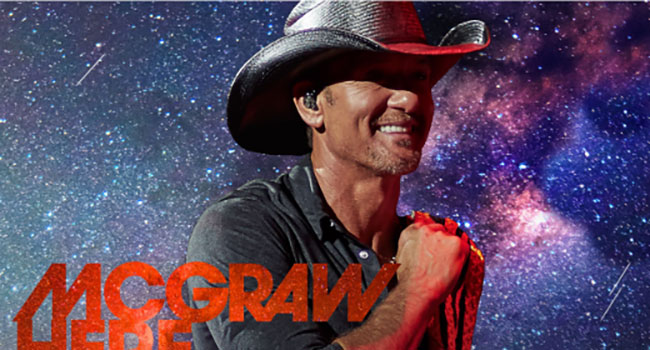 McGraw released three albums under his previous deal with the label

Tim McGraw has returned to Big Machine Label Group, following his departure from Sony Music Nashville earlier this year. The announcement was made during the label’s Country Radio Seminar (CRS) luncheon in Nashville on Friday, February 21st.

“I am so proud to welcome Tim McGraw back home to Big Machine Records,” Scott Borchetta, CEO/president and founder of Big Machine Label Group tells Billboard. “We can’t wait to jump back into the mix with Tim and his great team and get his incredible new music out to the world.”

McGraw will release his upcoming album Here on Earth on Big Machine. The previously announced album is the title of McGraw’s upcoming headlining tour that kicks off July 10th with two stadium stops with Luke Combs. Every ticket purchased comes with a CD copy of the project which still has a pending release date. However, Borchetta shares that a new single is “coming sooner than later.” It’s also unclear as to whether or not “Neon Church” and “Thought About You” will be included on the album since they were distributed through Sony Music Nashville.

McGraw’s first deal with the label spawned from 2012-2017 three hit records: 2013’s Two Lanes of Freedom, 2014’s Sundown Heaven Town and 2015’s Damn Country Music. The first two projects reached No. 1 on the Billboard Top Country Albums chart while the latter paeked at No. 3 on the same chart. He had a slew of Top 10 Country Airplay hits from those albums including “Highway Don’t Care with Taylor Swift and Keith Urban, “Southern Girl,” “Shotgun Rider” and 2016 CMA “Song of the Year” “Humble and Kind.”

McGraw left Sony after three years that included a duets album with wife Faith Hill and two Top 20 singles. Both artists were signed as individual artists in February 2017 in a contract that was supposed to include multiple solo albums from each. Hill remains with the label.