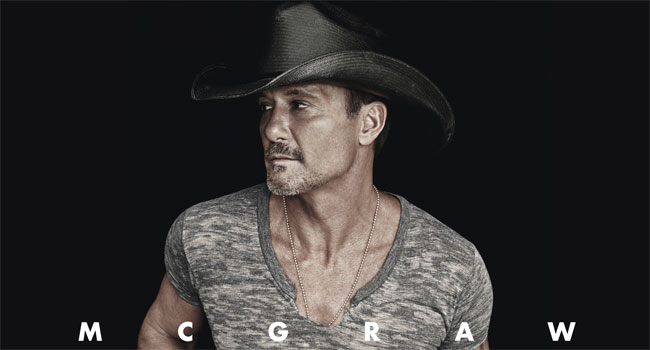 GRAMMY Award-winner Tim McGraw continues to celebrate his momentous year and an iconic career spanning over four decades with McGraw Machine Hits: 2013-2019, to be released on CD and LP November 20th via Big Machine Records and Spirit Music Group. The forthcoming release delivers a look back at McGraw’s legacy with some of his most sentimental smash-hits such as platinum “Shotgun Rider,” 2X platinum “Highway Don’t Care” featuring Taylor Swift and Keith Urban and 3X platinum “Humble & Kind.”

The 14-track collection also highlights 2X platinum “May We All” with Florida Georgia Line and a never-before heard cover of the Bellamy Brothers hit “Redneck Girl” featuring Midland, which is available now digitally.

“Every now and then you want to go back and hear a collection of songs exactly like you remember them,” shares McGraw. “Even to go re-record doesn’t feel right because there’s something magical about what happened there when it happened.”

Special fan packages will be featured with the purchase of the compilation, including a vintage style McGraw t-shirt and new shirts from timmcgraw.com.

The celebratory release succeeds a year of milestones for McGraw. Making his return to Big Machine Records, he delivered his 16th studio album, Here On Earth and first single from the album, ”I Called Mama,” which both landed in the No. 1 spots, marking a four-decade streak of No. 1s for McGraw.