The top 5 most memorable Eurovision performances 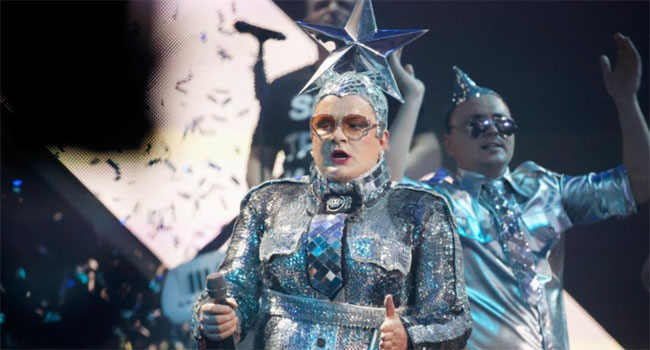 Elaborate sets, intense lighting and eccentric costumes – it can only be the return of Eurovision. Love it or hate it, you can’t deny that this historical singing competition brings some ground-breaking performances to the stage.

As the renowned song contest makes it way to the Netherlands, and as fans are looking at the Eurovision odds for the favorites to win this year, let’s take a look back at some the most amazing, and perhaps questionable, performances of years gone by.

It doesn’t come more iconic or wacky than the 2007 contestant, Verka Serduchka. Ending up with second place in the Finnish Eurovision, the Ukrainian representative was also a fan favourite. Which is no surprise, as the nonsense lyrics and catchy tune they performed made for a weird, but entertaining track.

Serduchka is an established drag artist in Ukraine, and did not disappoint when it came to their Eurovision costume. Combine silver, sparkles, sequins and stars in a gender-fluid explosion and you’ll get Serduchka’s outfit. Team this with the crazy accordion-based tune and you’ve got yourself a memorable Eurovision act!

Perhaps not the most extravagant of performances in Eurovision history, but the fact that the artist Dami Im made it to the stage was a feat in itself. This is because she was the first performer to ever represent Australia in the Eurovision Song Contest. How does Australia qualify for a European competition? Don’t ask us, just enjoy their presence!

There was no fancy footwork, huge props or even backing dancers for this entry, just plenty of glitter and sequins. The singer made it to an impressive second place in the 2006 competition held in Stockholm.

In recent years, Eurovision has come to be known for its pop and upbeat songs, and sometimes cheesy tracks. So, the world was in for a shock when the rock band Lordi took to the stage of Athens in 2006. Adorned with detailed prosthetics and monstrous costumes, their unique head-banging anthem saw them take victory.

Not only did the heavy metal band take home the trophy, but they also were the first representative of Finland to ever win the Eurovision Song Contest, as well as the first to win with a heavy rock and metal song. It’s a performance that’s both memorable and record-breaking!

4. “Making Your Mind Up” by Bucks Fizz, United Kingdom

Eurovision was bringing us unique dance routines, even way back in the 80s, when the song contest was held in Dublin. You must have been living under a rock for the past few decades if you’re unfamiliar with the winners of the 1981 Eurovision.

Formed purely for the song contest, Bucks Fizz created an iconic moment in Eurovision history when their routine involved the male singers ripping off the skirts of the female members to reveal mini skirts underneath.

As well as topping the leader board, the groups song, Making Your Mind Up went on to become a chart-topping hit, taking the number one spot in eight countries and selling four million copies worldwide.

Although it doesn’t qualify as just one memorable performance, the Eurovision of 1969 is worth noting as an unforgettable moment, as there were four winners of the competition. You heard right – four!

Before procedures were put in place in the event of a tie, the points were equal for four of the contestants in the Spanish Eurovision of the 60s. All four nations, consisting of the United Kingdom, Spain, the Netherlands and France were declared winners as they equally topped the leader board with 18 points.

Thankfully, this odd occasion sparked the creation of rules to resolve tie situations, so we never saw a four-way win again. Fun fact – the UK’s iconic LuLu was amongst the tied winners of this Eurovision Song Contest, with the song Boom Bang-a-Bang.

Top rock festivals in 2020 for youth

The summer of Hendrix tributes

10 songs for your home card games