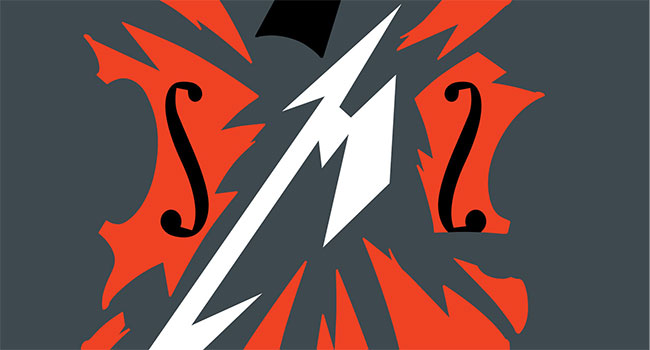 Concert film coming to theaters around the world on Oct 9th

Trafalgar Releasing has released the second trailer for the forthcoming concert film Metallica and San Francisco Symphony: S&M² coming to cinemas worldwide on October 9th. This new extended trailer features scenes cut from the original 1999 Metallica and San Francisco Symphony show at the Berkeley Community Theatre, gearing fans up for this must-see celebration of the 20th anniversary of Metallica’s groundbreaking S&M concerts and album.

This new trailer releases as fans prepare for this weekend’s sold out shows which will see Metallica reunite with the San Francisco Symphony, with performances led in-part by legendary conductor Michael Tilson Thomas. The film Metallica and San Francisco Symphony: S&M² will be recorded live during the September 6th and 8th Chase Center concerts, in advance of its release in theaters around the globe this October.

Featuring the first live performances of original S&M arrangements since 1999 as well as symphonic versions of several songs released since then, this theatrical release gives millions of fans around the world the chance to experience S&M2. Fans can find tickets for this one-night-only cinema event at metallica.film.