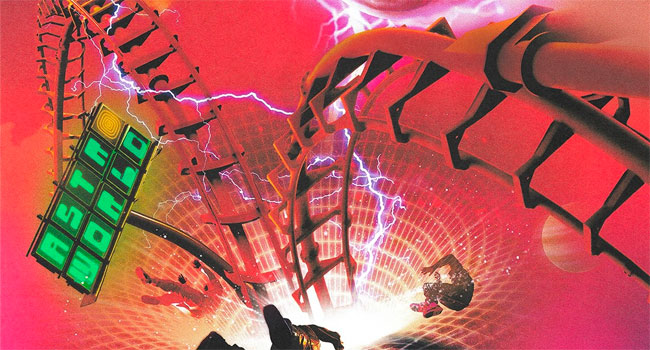 Texas-born, GRAMMY Award-nominated, and multi-platinum hip-hop artist Travis Scott is proud to announce that his Astroworld Festival will officially return this coming fall on Friday, November 5th and Saturday, November 6th at NRG Park in Houston, Texas. The third annual music festival is expanding to two days this year due to overwhelming demand as well as rave reviews around the festival’s incredibly curated lineup personally selected by Scott, and an experience that fans have now come to expect from his one-of-a-kind music festival.

Tickets and premium VIP packages go on sale Wednesday, May 5th at 11 am ET at AstroworldFest.com. Fans are encouraged to purchase tickets now as each of the previous two events has sold out in advance prior to a music lineup being revealed. Interested fans in VIP passes are encouraged to purchase their passes as soon as possible as ticket prices will continue to rise as the festival date approaches.

With a new creative theme, “Open Your Eyes To A Whole New Universe,” the critically-acclaimed rapper turned mainstream culture phenom looks to once again curate and produce a larger-than-life multi-stage music festival experience in his hometown of Houston. Every detail of Astroworld Festival is an extension of Scott’s personal creativity and unique vision, truly making Astroworld a festival like no other.

Scott is also now confirmed as the festival’s headlining performer as he prepares for the forthcoming release of his highly-anticipated new album, Utopia. The full music lineup will be revealed at a later date closer to the festival.

The music festival looks to once again bring back the beloved spirit and nostalgia of AstroWorld, the legendary and now-defunct amusement park that was located across the street from the current festival grounds after first opening in 1968. As Scott grew up in nearby Missouri City just outside of Houston and attended the park numerous times as a child, Astroworld Festival will once again help relive the magic that was while helping to ultimately make his lifelong dream come true.

Most recently in November 2019, the festival became the largest single-day artist-curated music festival in the country, as well as the largest music festival in Scott’s hometown of Houston as the sold out event played host to over 50,000 fans from across the globe for Scott’s special celebration of hip hop, pop music, and Houston culture. As Scott himself solely curates and hand-selects the festival’s music lineup, past festival performances have featured some of today’s most sought-after music acts beyond just hip hop and R&B including Post Malone, Rosalia, Pharrell Williams, Da Baby, Lil Wayne, Young Thug, Playboi Carti, Megan Thee Stallion, among many others.

A portion of proceeds from the event will be donated to the festival’s official charity partner, Cactus Jack Foundation. Founded by Scott, the nonprofit organization looks to empower and enrich the lives of youth by providing access to education and creative resources to ensure long-term success.