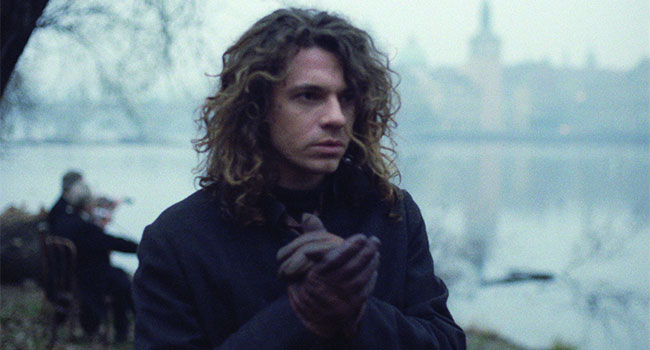 For a brief moment in the late 1980’s, Australian rockers INXS, led by their charismatic and enigmatic frontman Michael Hutchence, ruled America with back to back to back hits from their perennial album, Kick. Other hits would follow but as the 90’s came, INXS’ glory days were coming to end. As they prepared for a big comeback, tragedy would strike the band as Hutchence was found dead of a suicide. The documentary does not shy away from detailing the final years of his life but Mystified also offers a look back at the singer’s life without judgement. It looks back on Hutchence who was deeply devoted to his family, friends, a musical prodigy who sought the spotlight and achieved the fame he always wanted, and offers dead honest testimonials from those who knew him best.

Directed by Richard Lowenstein, who knew Hutchence since 1984, he takes rarely seen photos and film from Hutchence’s boyhood, mixed with unseen family members discussing what an energetic and popular child he was in school, and his closeness with his family, especially his sister. Describing how he was encouraged to pursue music as Hutchence like being the center of attention, Lowenstein then examines his musical career, including the formation of INXS in the late 70’s.

This documentary serves as the ultimate INXS documentary in addition to showing how Hutchence came to prominence fronting one of most popular Australian bands, his love life with several well known models and musicians such Helena Christensen, Paula Yates (the mother of his only child), and Kylie Minogue who offers many stories of their passionate time together. There’s also no holding back from his tumultuous relationship with Yates, whom he fought for custody over their daughter, INXS’ dwindling popularity, or the horrible head injury Hutchence suffered in Paris that caused a change in his personality. Friends and family described him as being friendly, approachable to suddenly being angry and demanding literally overnight.

Of course, Hutchence’s suicide is discussed but while everyone interviewed expresses remorse, there’s almost a not surprised it happened tone in their voice, considering the demons Hutchence was going through near the end. But make no mistake, Mystified: Michael Hutchence is mostly a look back at a life full of promise that was mostly fulfilled, living out his dreams and plenty of concert footage showing Hutchence looking at home on a stage performing for tens of thousands of fans all over the world, intersperse with strategically placed INXS songs — including all their hits — throughout this well crafted look back at a genuine, one of a kind rock icon.