Each week Yearwood will handpick a new four-song theme and then invites listeners to choose the fifth track. The series will kick off with the premiere theme of “Auto-Pilot,” with Yearwood selecting songs including “Little Red Corvette” by Prince and “Fast Car” by Tracy Chapman, among her favorites.

“I’m so excited to share my favorite music with SiriusXM listeners, and I’m honored to host my own show on Garth’s SiriusXM channel,” states Trisha Yearwood. “I love The Garth Channel because it explores such diverse music. No artist is influenced by just one genre of music. But of all the great voices you’ll hear on The Garth Channel, I’m most excited about including the voice of the listener on Trisha’s Take Five.”

“I have been lucky enough to be best friends with Trisha Yearwood for over 20 years now. I have found everything I have done gets better when Trisha is added. Her addition to SiriusXM is no exception. The Garth Channel just got better,” states Garth Brooks.

Trisha’s Take Five will air Mondays at 5 pm ET on The Garth Channel, SiriusXM channel 55 and through the SiriusXM app. The weekly show will rebroadcast on Wednesdays at 1 pm ET, Fridays at 9 am ET, Saturdays at 3 pm ET and Sundays at 8 pm ET.

Trisha Yearwood possesses one of the most powerful female voices in country music. The platinum-selling, multiple Grammy, CMA and ACM winning artist’s twelfth album, PrizeFighter: Hit After Hit, combined both her new and iconic songs from her revered catalogue in 2014. Each Saturday morning, Yearwood’s Emmy-Award winning Trisha’s Southern Kitchen on Food Network is kicked off by her Facebook Live “pre-show,” T’s Coffee Talk. Both programs have become a weekly hang with Yearwood, her friends, and family in a relaxed environment with great food, conversation, and coffee. Yearwood’s lifestyle empire continues to grow, encompassing three New York Times Bestselling cookbooks, cookware, furniture, home accessories, area rugs and summer collaborations with Williams-Sonoma and 7-Up.

SiriusXM subscribers will be able to listen to Trisha’s Take Five on The Garth Channel, ch 55, on SiriusXM radios, and those with streaming access can listen online, on-the-go with the SiriusXM mobile app and at home on a wide variety of connected devices including smart TVs, Amazon Alexa devices, Apple TV, PlayStation, Roku, Sonos speakers and more. 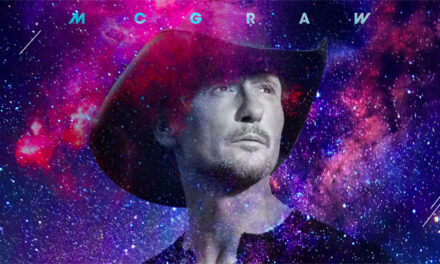