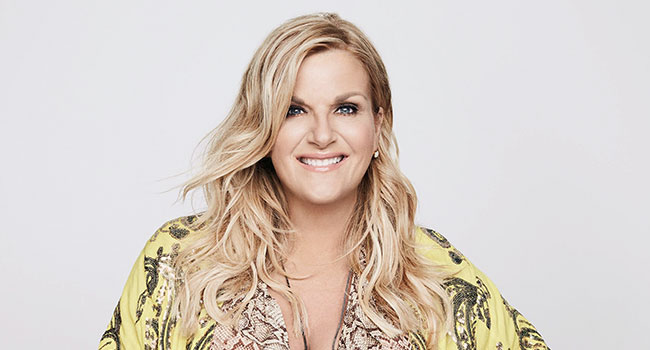 Three-time GRAMMY Award-winning country superstar Trisha Yearwood dropped her new single “Every Girl In This Town” on June 6th and made a triumphant return to country radio. With 84 total adds, “Every Girl In This Town” marks Yearwood’s highest debut and biggest add day of her career. It is Billboard’s Highest Female Debut of 2019 on the Country Airplay Chart, coming in at No. 21, and the No. 4 Highest Billboard Country Radio Debut in 2019. It is also Billboard’s No. 1 Greatest Gainer on the Country Airplay Chart this week. While Mediabase reports the second Highest Female Debut, eighth Highest Debut All Country of 2019 and this week’s No. 1 Top Point Gainer.

The song’s release rounded out a banner week for Yearwood. She presented at the CMT Awards. Making for one of the night’s surprise highlights, she joined Brandi Carlile and Tanya Tucker for a powerhouse performance of “Delta Dawn” also accompanied by Lauren Alaina, Carly Pearce, Martina McBride, RaeLynn and Deana Carter.

Additionally, CMA Fest chose her as its “Artist of the Day” and hosted “CMA Fest Artist of the Day – Every Girl: Trisha Yearwood and Friends.” Trisha graced the CMA Up Close Stage for a very special performance and Q&A alongside friends Ashley McBryde, Lucie Silvas, and Karyn Rochelle. Shortly after, she wowed audiences at the Spotify House in Nashville with yet another performance and closed out the weekend on Sunday with a special performance of “Every Girl In This Town” at Nissan Stadium.

The song sets the stage for the upcoming 2019 release of the artist’s first full-length country record since 2007’s critically acclaimed Heaven, Heartache and the Power of Love and follows on the heels of the 2019 Frank Sinatra homage, Let’s Be Frank, featured by Rolling Stone, Billboard, and more.