U2 teamed up with (RED) and Bank of America for the fight against AIDS with a Super Bowl commercial which featured the band performing a new song, “Invisible.” With over three million free downloads on iTunes February 2nd and 3rd, the song generated more than $3 million from Bank of America to support the work of the Global Fund to Fight AIDS, Tuberculosis and Malaria.

In the first hour following the commercial airing, “Invisible” saw more than one million free downloads. Bank of America continued to donate $1 for every download until the offer ended at midnight Monday, exceeding their original pledge of up to $2 million in total donations. Building on that, U2 has announced that “Invisible” is now available to purchase on iTunes for $1.29, with all proceeds going to fight AIDS.

“Thanks to the extraordinary generosity of U2 and Bank of America, in just 36 hours (RED) has generated more than $3 millon for the Global Fund.”

The Global Fund provides life-saving HIV/AIDS treatment, testing and prevention services to tens of millions of people in the world’s poorest countries. The money raised through the Super Bowl initiative is part of a recently announced two-year, $10 million commitment by Bank of America.

(RED) has already generated more than $250 million for the Global Fund since being founded in 2006 by U2 lead singer Bono and Bobby Shriver in order to drive corporate donations to the fight against AIDS.

“Thanks to the extraordinary generosity of U2 and Bank of America, in just 36 hours (RED) has generated more than $3 millon for the Global Fund,” states (RED) CEO Deborah Dugan. “These are much-needed funds for the fight to end the AIDS pandemic in our lifetime and to get closer to the goal of eliminating mother-to-child transmission of HIV by 2015.”

“U2 provides the talent, (RED) brings a wealth of experience in the fight against AIDS, and we offer an immense platform to help get the message out,” comments Anne Finucane, global strategy and marketing officer, Bank of America. “Together, we can produce significant results, as evidenced by the awareness we’ve been able to build and money we’ve been able to raise over the past few days.” 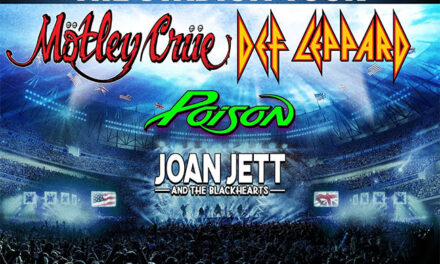