A Universal Music Group (UMG) executive is among the victims of the Paris terrorist attacks last night (Nov 14th) during the Eagles of Death Metal concert at the Bataclan Theatre.

Universal Music Group is owned by French media and content group Vivendi. Grainge sent the following memo to his colleagues addressing the attacks and confirming the loss of one of their own.

Today, I’m writing to you with a heavy heart.

We, like so many around the world, are struggling with last night’s horrific tragedy in France.

Paris is in our thoughts and prayers.  We extend our deepest condolences to the families and loved ones of the victims as well as our fervent wishes for healing for all of those affected by this senseless violence.

This is especially painful and personal for all of us.  As many of you know, the band Eagles of Death Metal is part of the UMe and Mercury France family.  The band and its crew as well as our own teams from Mercury and other UMG staffs were present at the Bataclan theater for last night’s show.

At this point, we have confirmed that Thomas Ayad, an international product manager for Mercury Records lost his life in the attack on the theater.  This is an unspeakably appalling tragedy.  I cannot even begin to express the depth of my sorrow.  On behalf of everyone here at UMG, we extend our most profound sympathies to his parents and all of his friends and family.

We will update you further as information permits.  In the meantime, please send all healing thoughts and prayers for those affected by this heinous act.

Today is a dark day.  We are a family. Let’s support one another as we grapple with the weight of this darkness.

As previously reported, 36 year old Nick Alexander, who was the band’s merchandise manager from London, also lost his life during the horrific attacks. Alexander had previously worked merch for Alice In Chains.

Our sincere condolences go to all of the victims, their families and the French people. 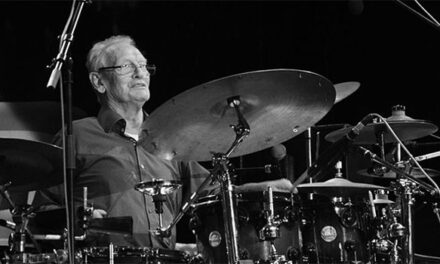