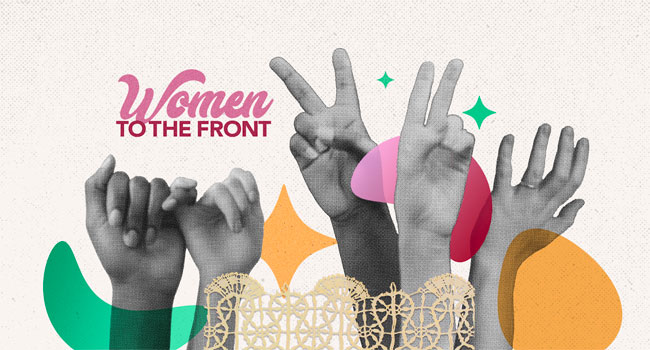 Women to the Front portal celebrates women with playlists, videos and more

Women To The Front, a comprehensive online destination created by UMe and uDiscoverMusic, celebrates the ongoing impact and influence of artists across the musical spectrum — from the classic to the avant-garde. In honor of Women’s History Month and International Women’s Day, the spotlight shines on women in pop, R&B, alternative, country, jazz and rock ‘n’ roll.

Also during March, “Man! I Feel Like A Woman,” one of country-pop superstar Shania Twain’s biggest hits, will be featured on TikTok, a platform where fans have fun expressing their creativity. Videos inspired by the song’s inviting opening line, #LetsGoGirls, celebrate an iconic song that has rightly joined the pantheon of anthems celebrating women’s empowerment.

In addition to Shania Twain, internationally renowned artists lending their music to Women To The Front are Ingrid Michaelson, Jessie J, Kiana Ledé, Reba McEntire and the Women of Def Jam Recordings.

Acclaimed singer/songwriter Ingrid Michaelson, most recently writing for a new musical, The Notebook, based on Nicholas Sparks’ best-selling novel, will have re-releases of the eight albums and EPs she recorded from 2006-2017 as part of a worldwide distribution deal announced this past spring by UMe/UMG and Spirit Music Group.

Jessie J, the multiplatinum-selling artist behind the hits “Price Tag,” “Domino” and “Bang Bang,” recently celebrated the release of Who You Are, her 2011 debut featuring “Mamma Knows Best.”

Kiana Ledé has not slowed down since her 2020 debut album, KIKI, entered the Billboard Top 200 charts at No. 30. She has helped fans better understand the role of their elected officials and recently delivered an awe-inspiring performance on Hulu’s Your Attention Please.

Multi-media entertainment mogul Reba has become a household name through a successful career that spans across music, television, film, theater and retail. She gets real about life on her Living & Learning podcast and recently returned for an encore guest appearance on the CBS sitcom Young Sheldon.

Shania Twain, an international icon, remains the best-selling female country artist of all-time in the US. She is the first and only woman to receive CMT’s Artist of a Lifetime Award and the only female artist to have three consecutive albums RIAA-certified diamond.

Women To The Front will also include editorial features that explore the many ways artists challenge the status quo, including Kaleidoscope: How Kelis Rewrote The R&B Rulebook and Bjork’s innovative Homogenic album, among other insightful essays. Videos range from a live performance of The Go-Go’s “We Got The Beat” to backstage with fashion designer Zandra Rhodes, who created some of rock group Queen’s most iconic looks.

In addition, the Adobe weekly series #WomenCreateWednesday, featuring creative women who drive change and embody creativity in all its forms, will include Women To The Front artists Jessie J and Kiana Ledé.