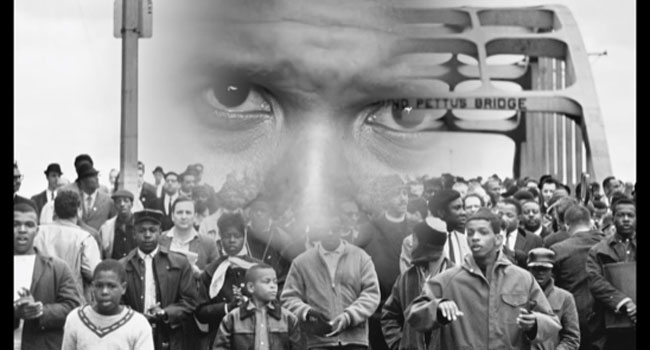 Usher has released the video for his new impactful single “I Cry.” The clip was directed by the man himself and features the iconic photography of Gordon Parks.

“This video is in honor of the courage and bravery of the activists and organizations who are demanding a change to broken systems rooted in hundreds of years of racism,” he shares. “It includes iconic photography from the great humanitarian and black artist, Gordon Parks.”

The song was released on June 26th and made its live debut on Global Goal: Unite For Our Future – The Concert the following day.

Usher will donate his proceeds from the record to LISC, the Local Initiatives Support Corporation, which provides grants to black-owned small businesses and community organizations.

LISC is one of the nation’s largest nonprofits investing in underserved communities and communities of color across the country. LISC provides grants to minority-owned small businesses that are the lifeblood of their neighborhoods and local economies, and that are reeling from the health and economic fallout of the COVID-19 pandemic. LISC also supports thousands of community-based organizations in urban and rural places to connect residents with affordable housing, education and good jobs, and with programs that support community health and safety and address the wealth gap created by structural racism.