Van Halen rumored to reunite for album, tour in 2018

Rumors are heating up that Van Halen is gearing up for a 40th anniversary tour in 2018 that may contain unexpected guests. SiriusXM’s Debatable reported on Thursday (Dec 22nd) that the group is rumored to be currently recording with original frontman David Lee Roth and plans to support a new album with a tour.

The show, which claims sources will neither confirm, deny, nor reveal themselves, also states that the group has been talking to “old friends” with one of them being original bassist Michael Anthony and the other being former frontman Sammy Hagar.

Debatable also claims that Roth is now officially in the band and is no longer a contract player. It also states that the group is recording new music together at its 5150 Studio in Studio City, CA. Last week, Roth was spotted at Havana Cigars near the band’s recording studio where he posed for a fan photo. The songs have been described as being very old but never finished, while others are new songs that didn’t make their last album with Roth, 2012’s A Different Kind Of Truth.

The show also suggests that Hagar “might take part” in the group’s 40th anniversary, although it does not state to what extent. However, Warner Bros. Records is expected to release a massive box set that contains remastered versions of all of the band’s albums — featuring both singers — sometime in 2017, so that could be a pre-curser of what’s to come.

Van Halen and Roth have reunited off and on for tours in recent years. But lately, rumors have circulated more and more that Hagar would be rejoining. However, this is the first time we’ve heard that both singers are potentially involved in the same project together. Our prediction is that if this does come to life, Roth will open and close the shows with Hagar performing songs from his era somewhere in the middle.

“There’s no scenario I’d do it without Mikey.”

Earlier this year, Hagar tweeted Eddie Van Halen for his birthday saying, “Happy Birthday Eddie – hope you’re doing good. #5150time #BestOfBothWorlds” which led to even more speculation that a reunion was imminent. Even Metallica’s James Hetfield inquired about the possibility of a reunion.

“The first thing he said was, ‘Is it true?” Hagar tells Rolling Stone. “I said, ‘What?’ He goes, ‘That you guys [in Van Halen] are getting back together.’ I said, ‘News to me. I’m not one that goes around hush hush. I’ll tell you whatever I know.’ He goes, ‘You’re kidding.’ I told him, ‘I’m telling you straight up, James. I don’t have a clue.'”

Hagar has stated several times in the past that he would never return to Van Halen without Anthony.

“There’s no scenario I’d do it without Mikey,” he states. “Absolutely not. I would do a solo album with Ed. We can call it the Sam and Ed Show or the Ed and Sam Show. But there’s no such thing as a Van Halen reunion without Mikey. I think they just proved that.”

If Anthony does rejoin the band, the show discusses the prediction that Eddie’s son, and current bassist, Wolfgang Van Halen, could open the shows. He is expected to release his debut solo album in 2017 in which he performs all of the instruments, so it would be a great way to promote the album.

The Debatable hosts are claiming “horse shit” on this news, so who knows? We will keep you informed. 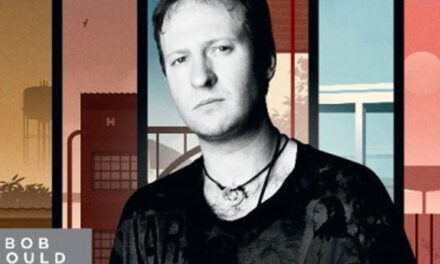