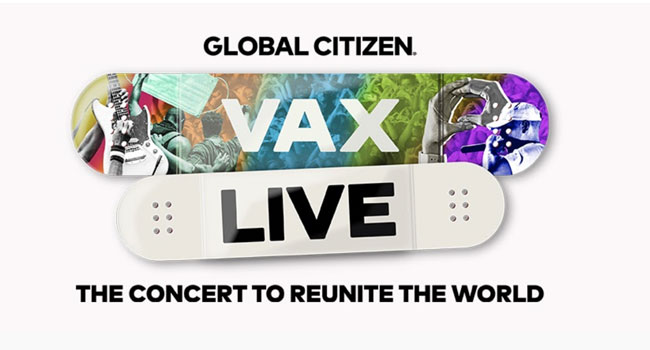 International advocacy organization Global Citizen has shared that the VAX Live: The Concert to Reunite the World campaign helped mobilize over 26 million COVID-19 vaccine doses and $302 million to the ACT-Accelerator to provide equitable access to COVID-19 vaccines, tests, treatments and other medical tools to the world’s most marginalized communities and healthcare workers on the frontlines.

VAX Live was taped at SoFi Stadium for a COVID 19-compliant audience composed of fully-vaccinated frontline healthcare and essential workers, and is the first large-scale music event held at the stadium. The goal of the VAX Live campaign was to ensure everyone, everywhere has access to COVID-19 vaccines and inspire vaccine confidence worldwide.

The VAX Live campaign called on governments to begin sharing vaccine doses immediately, and for pharmaceutical companies such as Moderna, to urgently provide millions of doses to the poorest nations at cost pricing. And to help ensure equitable access to the vaccine, Global Citizen and its partners led a coordinated drive across the private sector to raise critical funds – “dollars for doses” – for the vaccine-sharing program COVAX AMC.

Overall, $65.8 million has been mobilized through VAX Live by philanthropists, the private sector, and the Gavi matching mechanism in commitments to vaccine procurement, medical tools and supplies.

“We have been overwhelmed by the support for VAX Live, from governments, philanthropists, the private sector, our campaign chairs, and Global Citizens from across the world, who have joined forces to mobilize critical COVID-19 vaccines where they are needed urgently,” says Hugh Evans, CEO of Global Citizen. “But more needs to be done especially from G7 nations that have yet to commit to sharing any doses. The UK alone will have 113 million surplus doses. We need to continue our efforts to urge the chair of the G7, Boris Johnson, the rest of the G7 and G20 nations, and vaccine manufacturers to share additional doses urgently to help ensure equitable vaccine access globally.”

VAX Live: The Concert to Reunite the World aired on ABC, ABC News Live, CBS, FOX, and streamed on YouTube, iHeartMedia broadcast radio stations and the iHeartRadio App. VAX Live also aired on AXS TV, Albavision across Latin America, Multishow from Globo Group in Brazil, Caracol TV in Colombia, TV Azteca in Mexico, S3 in South Africa, Canal+ and MultiChoice across Africa, Sky in the UK, Network 10 in Australia, CSTAR (Canal + Group) in France, the Viacom 18 network across India and South Asia, and Insight TV globally. As the exclusive global streaming partner, YouTube also streamed an extended version of VAX Live on the Global Citizen channel for a full run-time of 90 minutes.

Global Citizen also announced commitments from longtime partner of Global Citizen, Live Nation, along with the NBA, WNBA, NFL, MLS, NHL, WWE, Formula 1, NASCAR and MLB to commit tickets to some of the most amazing live events of the coming year! These leagues have been working together to follow enhanced COVID-19 guidelines to ensure that audience members can once again enjoy live events safely. The announcement was made public during the broadcast by Ben Affleck and Jimmy Kimmel, and viewers can secure tickets by visiting globalcitizen.org/reunite.

VAX Live: The Concert to Reunite the World was part of Global Citizen’s overall 2021 Recovery Plan for the World, a year-long campaign and series of events that aims to help end COVID-19 for all, end the hunger crisis, resume learning everywhere, protect the planet and advance equity for all.

Sammy Hagar birthday bash film set for one night only 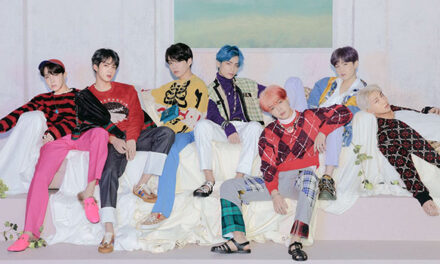